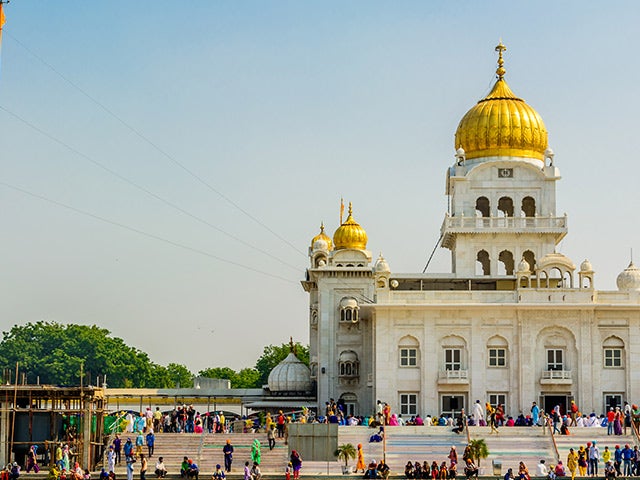 Delhi is located close to the Taj Mahal, which is bound to pull you into its orbit, glittering with all the wealth of the Mughal Empire. Sufi poetry alone is eloquent enough to express the vivacity of life in this city, which will imprint itself on your memory and alter you forever. UNESCO protected sites and ancient cities surround Delhi, which is home to leafy parks, vast mosques and more people than you have seen in your life. Discover it all on package holidays in Delhi. The sights and sounds of Delhi include the transcendent Taj Mahal, UNESCO-listed forts, sizzling street food and markets laden with spices.

Before Booking Flights And Hotels In Delhi

It couldn't be easier to book flights and hotels in Delhi. Flights from Cork to Delhi depart regularly, as do flights from Dublin to Delhi. Delhi is only four hours and thirty minutes ahead of Britain, so jet lag barely exceeds that experienced within Europe. Indian rupees can be bought at a favourable exchange rate. In case your Hindi needs work, English is widely spoken among those in the travel industry in Delhi, although a few words are always appreciated.

When Is The Best Time For Weekends In Delhi?

The most favourable months in which to visit Delhi are between October and March, when the weather is fine and the flowers are in bloom. Winters can be cold in the capital, though the sun normally shines in the afternoon. Another magical moment in Delhi's calendar is Diwali, when the city is illuminated with lights and outpourings of faith and festivity. Summertime is sweltering in the city, so make sure to pack accordingly.

What Is There To Do On City Breaks In Delhi?

When in Delhi you are practically obliged to take a trip to the Taj Mahal, the sublimely beautiful world wonder that is a testament to Mughal glory. On the way stop in at the UNESCO-listed Agra Fort, a thousand year old edifice that played a prominent role throughout its history in Indian culture. Snap a selfie outside India's most celebrated structure, most ethereally beautiful as the sun gleams on the artificial lake.

Pay homage to Mahatma Gandhi, the celebrated peaceful protester who led thousands in a successful movement for Indian independence among other civil rights triumphs. Raj Ghat is located on the Yamuna River and well worth the pilgrimage. Humayun's Tomb is another important site of pilgrimage. Appearing to float like a balloon atop perfectly proportioned gardens, it may have been the inspiration behind the Taj Mahal.

What Is There To See On Weekends In Delhi?

Delhi's sights and sounds are unlike anything else on earth. From the sublime to the moving, there is so much to see in this gripping city. Here are some of the highlights to tick off on package holidays in Delhi:

Few places on earth offer such rich culinary variety as Delhi, where a culinary love affair can be traced back to the Mughal era. It would be impossible to do Delhi's gastronomic scene justice but highlights include the dizzying variety of temptations at Chandni Chowk market. Grab a samosa, still hissing in its hot oil. Dig into parathas made by fourth generation family business, Kake di Hatti. Dig into a cooling mango kulfi, smothered in saffron. Try the chicken changazi at Jama Masjid. Natraj's dates back to the 1940s and specialises in dahi bhalla and aloo tikki.

Jewellery at bargain prices as well as handicrafts and artworks can be found at the Janpath Tibetan Market. Vibrant and brilliantly coloured, this market is a great place to haggle for a unique souvenir. Find Indian handicrafts at Dilli Haat and inexpensive goods at the Pahrganj bazaar. Khan Market is the most upmarket of Delhi's shopping districts. Boutiques packed with fashionable items are accompanied by superb cafes and restaurants. For an impressive array of ayurvedic medicines and cosmetics try Kama Ayurveda.