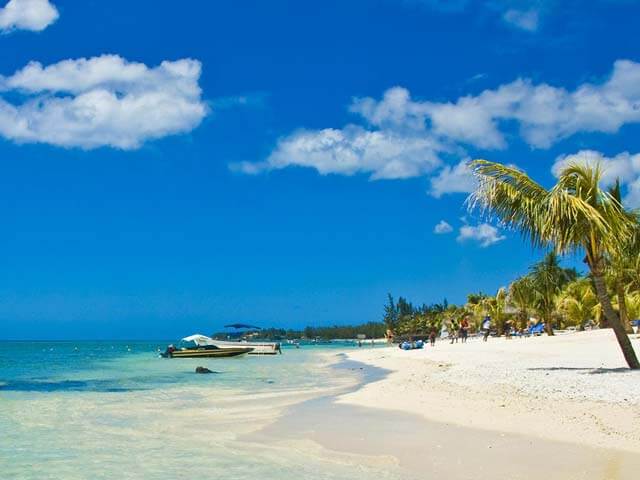 As close to heaven as it gets, Mauritius is known for its turquoise waters, crystalline beaches and world class cuisine. Kitesurfing, paddleboarding and horseriding in this idyll can be combined with cultural trips to enthralling mansions and botanical gardens. Scarlet birds flap overhead, while tortoises rustle below and dolphins play off the shore. A haven for near extinct creatures, the island of Mauritius is one of the most world's most scintillating holiday destinations. Africa's best beaches, rare plants and wildlife, locally produced rum and Creole cooking are just some of the reasons to enjoy a package holiday in Mauritius.

Before Booking City Breaks In Mauritius

Flights and hotels in Mauritius are easliy organised from the UK. Flights from Cork to Mauritius run regularly, as do flights from Dublin to Mauritius. Jet lag is minimal, since Mauritius is three hours ahead of the UK (GMT+3). Mauritian Rupees can be exchanged at a favourable rate and English is the main language spoken on the island, so arranging flights and hotels in Mauritius is easy. Mauritius' main international airport is Sir Seewoosagur Ramgoolam, 50km from the capital of Port Louis. Buses and taxis shuttle you smoothly to most major island destinations.

When Is The Best Time For Package Holidays In Mauritius?

The weather is best between May and December in Mauritius. Spectacular beaches and the freshest seafood are yours to enjoy during the balmy season. The tropical climate of the island ensures that the weather is warm year-round so it is always a good time for package holidays in Mauritius. The only time to avoid is February, when cyclones sweep the island. The east coast also gets windy in July and August.

What Is There To Do On Weekend Trips To Mauritius?

What Is There To See On Weekends In Mauritius?

Rare orchids are the crowning glory of Mauritius' exquisite Botanical Gardens. Easily reached from everywhere on the island, it is best navigated via tours once you arrive. The gardens open off a giant, waterlily-laden pond which is at its finest in January. Stately palms flower once every forty years before dying but there are plenty of other varieties here. Look out for quirky specimens like the marmalade box tree and the fish poison tree. Bright red birds twitter overhead, while Aldabra tortoises shuffle in the undergrowth.

See extinct species like the dodo at the National History Museum. There are other extinct species in attendance, such as the red rail and Rodrigues solitaire. Don't miss an engraving of a Dutchman riding a giant tortoise, now (unsurprisingly) an extinct species. Housed in a colonial mansion, the collection also covers local history, such as artifacts salvaged from wrecks like Magicienne and St Geran. A replica of Napoleon's boat is a recent addition.

Meals Out In Mauritius

Family run Palais de Barbizon is your first stop for traditonal Mauritian meals. There is no menu but Rico serves a mouthwatering meal including rum punch, rice, vegetables and fish, chicken or wild boar. Dig into the local flavours at Domaine, where starred dishes are specialities. The journey to this gem is well worth it for dishes like octopus cooked in garlic, tumeric and ginger. Snap up the snacks at tiny Boulette Ti Kouloir near Royal Road. Pay homage to street food at Pyramide, where the biryani is fresh and fragrant. Creole flavours accompany a plein air setting and a vista of vintage cars at Chez Tante Athalie. Don't miss the palm heart and game at L'Alchimiste.

Mauritius' natural riches abound, and there's plenty of options available. The obvious choice is rum, produced on the island. The best brands are Pink Pigeon and Chamarel Rum. The Bois cheri tea factory makes a great afternoon out and you can take the tea leaves home with you. Ravanne drums are another popular takeaway.