Infographic: How do airplanes fly?

How do airplanes fly? We all know they do and you’re probably so used to them you barely lift a bored hand to signal one leaving a white mark across the sky. You travel from place to place, above the clouds, while sipping on a fruit juice with a straw and eating tiny food. But do you really understand how airplanes fly?

A little bit of physics…

One of the forces airplanes use to fly is thrust. The force of the propeller or jet engine pushes the aircraft forward. The opposing force, or the friction that resists the plane moving through the fluid that the sky is, is called drag. The planes are as aerodynamic as possible to reduce this force and consume less. This is the same reason for which bikers push their head downwards and wear alien like… um… aerodynamic helmets. When on a motorcycle or in a car, you can test drag by pushing your hand outside. You will feel a force pushing your hand backwards – that is drag.

For an airplane to fly (or a car to move forward) thrust has to be larger than drag.

The force with which we are most familiar in our daily experience, weight, pulls the plane toward the ground, perpendicularly. And because we agree with Newton, we know that to every action there is always an equal and opposite reaction. And that opposite reaction, in this case, is the force called lift. As the name states, this force lifts the airplane.

But for the lift to be strong enough to keep the airplane in the air, you need a smart wing. An airplane’s wing is shaped in such a way that it forces the airflow to split in two directions and travel in different ways: faster over the wing and slower under the wing, which results in an upward push of the plane (lift).

This is called Bernoulli’s principle.

And who is this Bernoulli guy?

Daniel Bernoulli, mathematician and physicist, the son of Johann (one of the early developers of calculus) and the grandson of Jakob (the first to discover the theory of probability) is said to have been banned from his father’s house because his father couldn’t stand to be compared to his brilliant son.

One of the anecdotes he is said to have told shows Daniel travelling by train across Europe (the Wright brothers invented the first airplane 121 years after Bernoulli’s death) and talking to a fellow traveller. After some time the mathematician modestly introduces himself: “I am Daniel Bernoulli”. “Sure, and I am Isaac Newton”, his interlocutor replies. Bernoulli is said to have often stated that this was the most sincere tribute he had ever received.

Now that you know who’s partly responsible for you getting places by plane, hope you’ll give him an imaginary high-five next time you fly 🙂 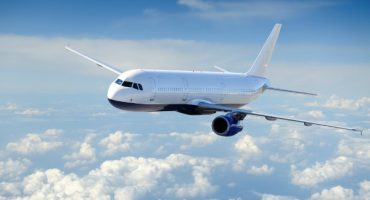 The Evolution of Airline Logos

3 Surprising Ways to Stay in Holiday Mood all Year Round 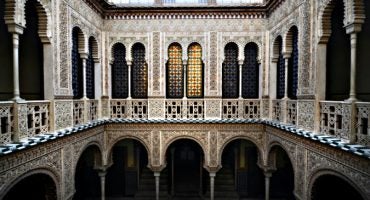 Tourism Tips for a Holiday in Andalucia 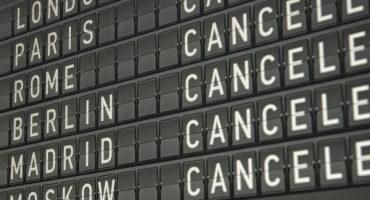 One response to “Infographic: How do airplanes fly?”