Tommy Walker: Solo on the road since 2012 {Interview}

Tommy Walker has been solidly on the road since 2012. Having travelled, backpacked and lived across 6 continents in that time, he now is working full time in the travel industry. Now predominately a freelance travel writer than a blogger, Tommy also works on social media marketing, radio and conservation. Tommy loves the off beat places and has visited Venezuela, Guyana, Paraguay, Cuba, Morocco, Tonga, India and Myanmar.

Read our interview with The Wandering Walker and get inspired to travel around the world!

There has been times where it’s hard travelling solo but I think you get the best out of travel when you are solo. So there are no regrets at all, plus you’re never alone really. I would say stick to staying in the traveller favourite places, network on social media and stay in hostels and you’ll always meet new travellers on the road.

Being open and interested in new things, cultures and ways of life always helps, as you’ll be able to enjoy as many moments as possible.

2. What’s the most important thing you’ve learned since you started traveling?

How to be myself. It’s difficult sometimes when you come from a place where everyone expects everyone to be the same. You lose the individuality that everyone has inside them. I’m from a small town so it’s definitely the case here.

Travelling opened me up to new things and places, and to new people with different outlooks on life. This helped me grow massively and be in the place I’ve always wanted to be.

It’s quite a recent one actually. I went on a camel safari in the Sahara Desert through Morocco and I took a selfie with a typically Arabic headscarf on.

It was hot out but I knew the golden sand views were amazing. Yet, I didn’t know there were so many camels in my background when I took it, so it turned out to be a good snap.

4. Connect the numbers with the letters…

1b. Live for one year – Melbourne, Australia

It’s the most liveable city in the world and rightly so, but you have to take your time with Melbs and get use to it. Once you’re meddled in you’ll love the place. It’s small enough to get around but cool and unknown enough to find new spots every week to go eat, drink or shop. The people are from all over the world and that’s great because it’s almost like a one world kind of place, each to their own and all of that. It’s quite liberating to be in a cosmopolitan city and everyone just be cool with their own lives.

Unless you’re spending holidays there with your partner, you can really see the town in a day. Its gorgeous blue walls and windy uphill streets are amazing, but there’s only so much you can see after a day. A quick one day trip is ok for here.

3a. Travel for two weeks – Uruguay

It’s a cute little place Uruguay but 2 weeks would be a nice time to spend there. You can travel along its coast fairly easily and there are a few notable places like Cabo Polonio and Punta Del Este. Anymore than 2 weeks you might get a little bored.

5. Do you ever have to debunk the myth that one can only travel if they are rich? If so, how do you do it?

All the time, it’s annoying. People look at me as if I’m boasting about my travels with the assumption I’m rich, but I have to explain that’s definitely not the case. It’s the same as anything, you focus or dedicate all your time (and money) to, you’ll get to do it more. That’s with me in travel, I don’t own expensive things anymore, I put everything into travel.

Travelling doesn’t have to be expensive, you can budget your way around places and still get that experience you’re longing for.

6. Would you ever consider settling down and concluding your journey in one of the locations you’ve visited? If so, which country would you choose?

I think settling down depends. If I wanted to retire peacefully I’d go to somewhere like Sapa in Vietnam for its rice terraces. The life up there is simple, and the scenery is amazing. If I was settling in a more cosmopolitan place I’d probably say Melbourne right now.

7. If you were to be given the chance to travel with a popular person or a celebrity, who would it be and why?

I think if Paul Walker were still alive iI’d love to have done a trip with him. Not because of the namesake but because he just really seemed like a down to earth kinda guy. He didn’t like the fakeness of Hollywood and actually travelled a lot in his private life. Plus he began a volunteering organisation which I think is really cool.

So probably him, and he could teach me more about the ocean and how to surf. Such a shame what happened to him.

8. What has been the most special moment of your trip? And the most difficult one?

I think arriving in the Galápagos Islands in Ecuador is #1. I felt it’s a real explorers place, a special destination that warrants true travellers to visit. Although anyone can visit, seeing the wildlife in and out of the water, and being in a place where travellers had a real purpose was something I loved.

I have to add another one, out of all the people I’ve met travelling, there’s a couple of groups and people I’ve met in Southeast Asia back in 2012 whom I still keep contact with and we try to meet across the world. These friendships are special and we still have that cool bond to this day.

The most difficult part of any of my trips was getting adjusted to life in a western world again in Australia after leaving Southeast Asia. I wanted to stay and had the best months of my life in Asia. I think that took a lot of time to get over, and move on from.

9. Let’s talk about food – what’s the best and worst meal you had the pleasure to! try when traveling?

Oh the best meal? Wow that’s haaaard! Abroad maybe a green massaman curry made by the staff at Nappark Hostel, or a local Thai chicken and rice dish at a restaurant called Patonggo. There’s too many! I ate the best steak in Buenos Aires so perhaps there too (although I don’t eat much beef at all now).

If you’ve ever heard of Chicken Parmo ( not Chicken Parma ) then I would say definitely give one a go. I recently ate 16 in 17 days!! They are only available in the Northeast of England in the main.

The worst was by far guinea pig on the border of Ecuador and Colombia. I normally eat anything but this place was dry and the meat was super chewy. My mate just made it worse by saying “you know you’re eating rodent” I quickly stopped after that.

10. What exciting new journeys can we look forward to on your blog in the coming year

Well, I’ll be updating my blog about my recent travels on New Zealand, Tonga and Morocco. I’m heading to Portugal for a month, then Oktoberfest, then possible some of Eastern Europe. Then I’m planning on moving to Asia if all goes well. So, plenty to do and potentially this year of 2017 may be my biggest yet for travelling and number of countries. My record is 11 countries in one year at the moment!

Thank you very much for the interview and all the answers and stories!

Do you have any questions to ask Tommy? Let us know in the comments below! 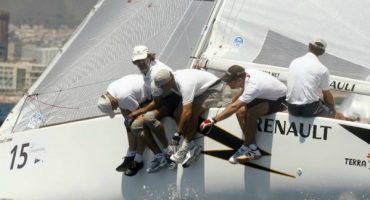 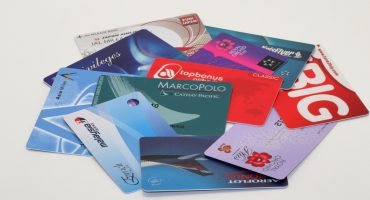 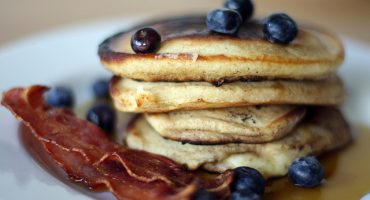 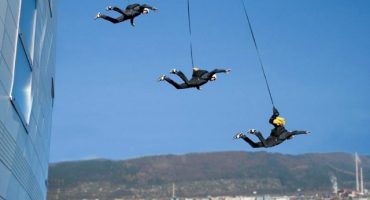