Considering Les Festes de la Mercè is the biggest party in Barcelona’s rather full social calendar, not that many people outside of the city (or even those living there) know about the September fiesta. Do a Google search of ‘Les Festes de la Mercè’ and the English language information that comes up is scant. The programme is only finalised a week before the four day-long event and you don’t see the same publicity going on as you would for say, Sonar. La Mercè is one of the city’s best secrets.

Ok, so it’s not really a secret, of course you can find information about it. But when you think about the jam-packed programme of events – from traditional Catalan human pyramids to big concerts – and the fact that all of this is free, it’s surprising the city isn’t full of tourists at the end of September each year.

When you walk around the festes, there’s a real sense that the celebration is a gift to people in Barcelona. Like a very cool (but free) party, it doesn’t need to be promoted, because all the coolest kids will be there anyway ;). Having said that, anyone is welcome at the Mercè and it’s a great way for visitors to experience the true spirit of Barcelona.

But Barcelona is no ordinary place; therefore the traditions of its annual party are surprising, unusual and inspiring all at once. Read on for some of the Mercè’s most weird and wonderful features…

These huge paper maché ‘giants’ (12-15 feet tall) are a distinctly Catalan tradition. The sculptures are paraded down the streets on the shoulders of very strong, not to mention dedicated, people who stop to do a little dance for the crowd every now and then. Made in the likeness of local important people, the stars of the show are the old King and Queen of Catalonia, from the time when it was a separate kingdom. But you can also glimpse some alternative takes on the tradition, as above.

Taking part in the same parade as the gegants, the ‘big heads’ are also made of paper maché and represent people. The difference is their massively oversized heads. Looking through the mouth of his ‘head’, the wearer chases young women and children with the aid of a whip or pig bladder – don’t ask us…

Spain is no stranger to festivities involving fire. But if I were to describe the ‘fire run’ as a mixture of children running around with sparklers, fireworks, and flame breathing dragons making their way through the crowd, a lot of tourists probably wouldn’t believe me. This is what makes it a sight worth seeing. First is the kids’ correfoc – relatively tame, with small dragons chasing children wielding sparklers. As night falls though, the gates of hell (located in Plaça d’Antoni Maura) release the fireworks and, more fearfully, the big dragons. Brave spectators become participators as they challenge and dodge the flames issuing from the monsters’ mouths. Watch out you don’t get singed.

The ‘stick dance’ at the Mercè is a variation on that spread throughout Europe – a bit like Morris Dancing. Jolly people dressed in folky-type costumes have a choreographed jig, all the while clashing their batons together.

No matter where you go in Barcelona during the Mercè – from Plaça Reial right over to El Parc del Fòrum – you’re almost guaranteed to bump into a concert. Watch free DJ sets by Wooky and Zomby, famous pop acts like Robert Ramírez and hot new bands like The Excitements. Did we mention it’s all free?

Watching one of these human pyramids being built is a pretty nail-biting experience. Teams from all over Catalonia train hard to prepare for the spectacle in Plaça de Sant Jaume. The bottom level is made up of the oldest and strongest members, who gradually get younger and smaller as they go up the various stories of the castell. The kid at the top needs to have great balance – as well as guts!

All the way through the Mercè you can catch some amazing displays down at Barceloneta beach. Here, nations battle it out to win the title of firework king. But what are really unmissable are the last fireworks of the festival. Down by the colourful magic fountains at the foot of Montjuic; watch the display to end all displays.

Don’t believe the Mercè really has all this stuff? Book your flights to Barcelona from the 22nd-25th September and see it for yourself.

Have you experienced the festival first hand before? What did you see there? 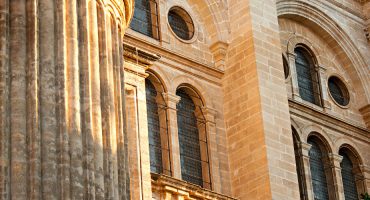 10 Reasons to Fall inlove with Malaga 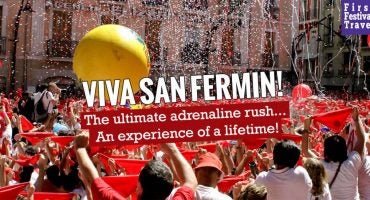 Want to go to San Fermin, the Best Summer Festival in Spain? 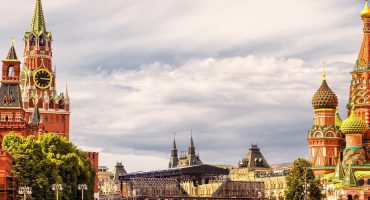