If you ask anyone what their favorite architectural work by Antoni Gaudi is you’ll most likely hear about Parc Güell or perhaps Casa Batlló or Casa Milà, both located on Barcelona’s upscale Passeig de Gracia street. But, very few people will mention Palau Güell (Güell Palace). Palau Güell is one of Gaudi’s first architectural works and was built at the beginning of the Spanish Catalan’s architectural career from 1886-1890.

Palau Güell was contracted by none other than Eusebi Güell, one of Spain’s greatest (and richest) entrepreneurs during the late 19th century’s industrial revolution. Güell entrusted Gaudi in the task of turning their family home, located off Barcelona’s iconic Las Ramblas, into not only a palace, but one of the most magnificent examples of domestic architecture of the modernist movement.

Eusebi Güell and his wife, Isabel López Bru, lived with their 10 children in Palau Güell until 1910, when they relocated to another Gaudi design, the notorious Parc Güell, in the hills overlooking the whole of Barcelona. Though they moved to their mansion in the park, the Ramblas’ palace stayed in their possession until 1945, when the youngest Güell daughter, Merce, handed it over to the Barcelona government to be turned into a cultural center and museum. This handover wasn’t as smooth as it may seem, as 10 years earlier she had tried to rent out the Palau Güell, a controversial move on her part that resulted impossible to carry-out due to the onset of the Spanish Civil War in 1936.

After many years of restoration work, in 2011 Palau Güell opened it’s doors to the public as a museum.

For more information you can visit the Palau Güell official website.

Above, the façade of Palau Güell. The entrance is made up of two large parabolic arch doorways, which were designed so guests could enter the palace without having to get out of their horse-drawn carriages.

Looking up at the Palau, as seen from the horse stables in the basement.

Elaborate techniques on display on the doors, and to the right, stained glass panels representing the flag of Catalonia.

Architectural techniques present on the main floor, which will later be used by Antoni Gaudi in his 1904 work known as Casa Batlló, or colloquially as the House of Bones.

The forged steel decoration on the main floor’s back patio.

The palace’s most intricate (and most expensive) ceiling. The commission of this work of art is said to have nearly given Eusebi Güell’s financial adviser a heart attack.

The main floor’s party room was complete with a ceiling with holes in it so as to give the effect of stars in the nighttime sky. During the evening, lanterns were hung on the rooftop terrace to give this effect.

Bust of Eusebi Güell on display in the main party room.

The organ in the main party room was used for religious ceremonies, as the party room also could be converted into a church.

Views of the Cathedral of Barcelona from the palace’s rooftop terrace. 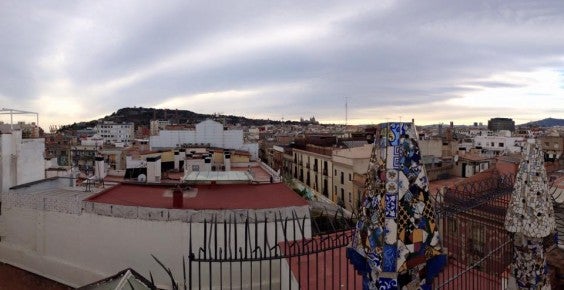 Panoramic views of Montjuic from the terrace.

Looking for more things to do in Barcelona? Check out our post with insider tips on what to see, eat and do in the Mediterranean metropolitan. 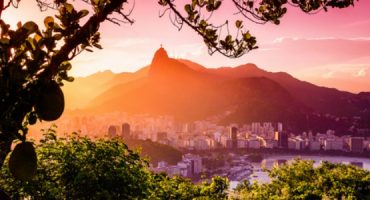 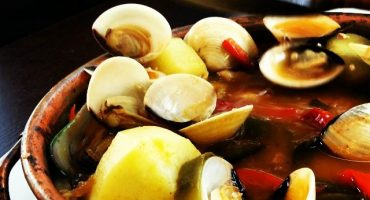 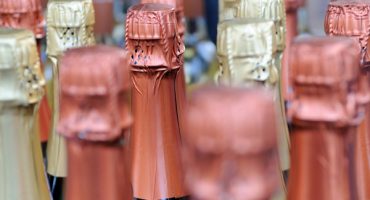 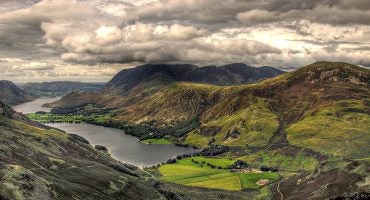