In the Northern part of the Atlantic Ocean near the Arctic circle, there lies the next best destination for your next trip… Iceland! It’s known to be one of Europe’s hidden gems for its natural wonders and astonishing Viking history.

We know that most of you have Iceland in your bucket list already but just in case you need more reasons to convince yourself to go… Here are 10 reasons why you need to book the next flight out to Iceland:

Þingvellir (Thingvellir) National Park is a UNESCO Heritage site and it’s very important to the locals because of its historical and cultural background.

The Mid-Atlantic Ridge is also one of the highlights of the Park and it’s one of the film locations of the popular series “Game of Thrones”.

3. A panoramic view of a majestic landscape

Instagram pictures won’t do justice to Iceland’s beauty. You have to visit and experience it for yourself. Plus, you’ll have a lot of photo-worthy places because of its mountainous scenery, volcanic landscapes, glaciers, plains and waterfalls. And if you’re lucky… aurora borealis!

4. Indulge yourself with a surreal geothermal experience

The Blue Lagoon is a geothermal spa with water from the seawater from underneath the earth’s surface. It consists of minerals, silica and algae.  It’s the ultimate spa experience! 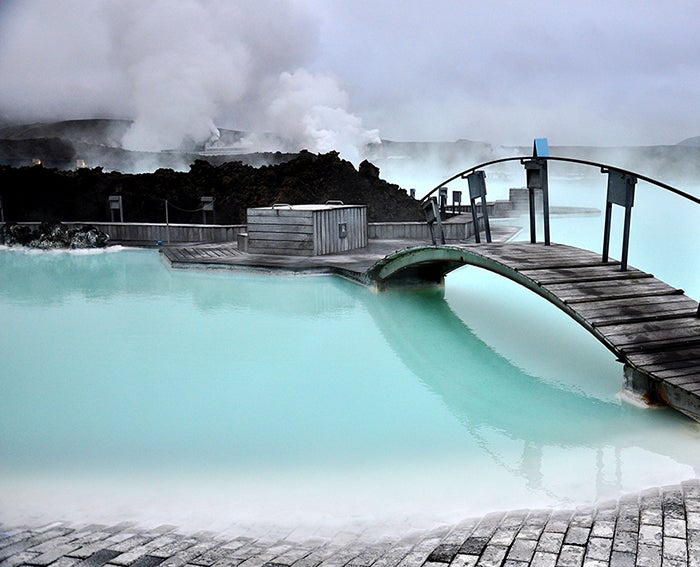 In the heart of Iceland, you’ll find a peaceful city where about 2/3 of Iceland’s population resides. You can explore the city by bike and visit interesting museums about Vikings, eccentric arts and crafts and cafés. 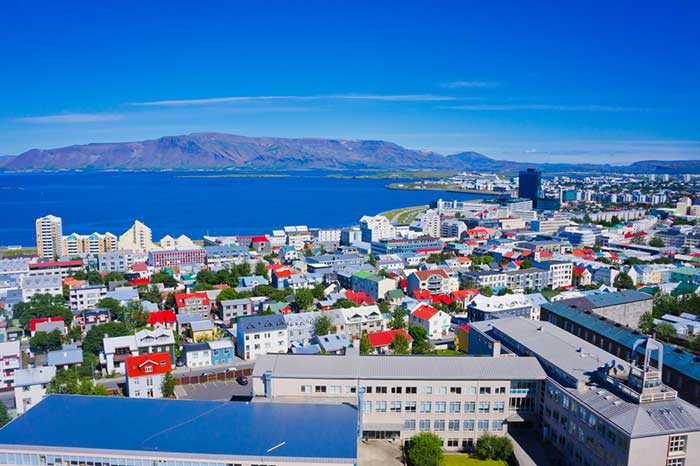 6. Be at two places at once

Considered as the purest freshwater in the world, the Silfra Fissure is one of the best places to go to if you want to be in 2 continents at at the same time. You can dive between the North American and Eurasian continental tectonic plates! So when you go swimming in Silfra don’t forget to do two things: Touch the two continents at the same time and number 2, taste some purified water at its finest!

It’s now time to get your adventurous mood on for the ultimate challenge! Take the Sólheimajökull glacier walk and experience this unique chilling experience for one and a half hour.

8. Look out for Hallgrímskirkja

Right smack in the middle of Reykjavík, is the tallest and most recognizable building in Iceland called Hallgrímskirkja. Its façade is inspired by the Black Falls, another Icelandic natural wonder. It is Reykjavík’s main landmark and its tower can be seen from almost everywhere in the city. So when you feel like you’re lost, just locate your whereabouts through this landmark!

9. Get courageous at Gullfoss Waterfall

This majestic waterfall is one of the must see’s in Iceland. Located in the canyon, river Hvítá plunges creating a stream and the Gullfoss waterfall. There are no rails to grab on to for this adventure. – just grab on to courage and its  natural surroundings!

This multi-coloured show in which the night sky is suddenly lit up like a heavenly lava lamp. Its called the Northern lights or Aurora Borealis a phenomenal site of nature caused by the magnetic particles of the earth and charged gaseous particles from the sun. Seeing the Northern lights is definitely the trip of a lifetime! 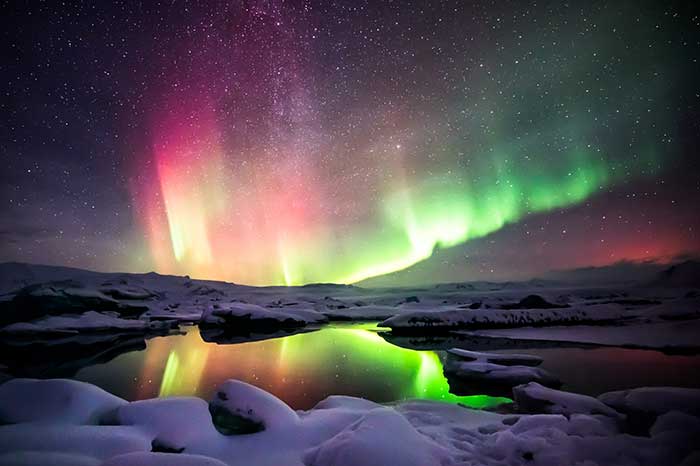 So have you decided yet if you’ll visit Iceland? 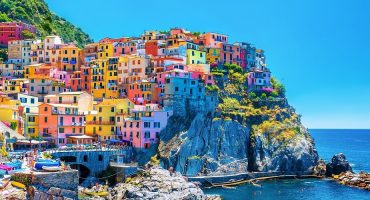