Modern nomads: “Home is each other”

“Just wanted to point out one thing” Dalene writes to me in an email. “I think you get it, but just wanted to make sure – this isn’t really a “trip” we are on. This is our lives!  We consider ourselves nomads, with no intention of slowing or settling down anytime soon.”

Dalene and Peter are two of those people who make everything seem simple and right. Who make you rethink the way you do things. They inspire you, even though they don’t claim to. They’re not selling anything, they don’t have “an attitude”, they are, like they say, storytellers.

eDreams: Who are Dalene and Peter and what do they do?

Dalene and Peter: Dalene and Peter are a thirty-something Canadian couple who have sold all their belongings and have been traveling the world since 2009.  In our previous lives we were a purchasing specialist and accountant (respectively), and now we are writers, volunteers, substitute teachers, house sitters, and sometimes beach bums.

What (and how) was the moment you said “we’re doing this”?

We had often talked about selling off everything and traveling, usually after a bad day of work, and then we would suppress the urge with a bottle of red wine and a good nights sleep!  In 2007, however, we had a very difficult year of tragedies which included (but was not limited to), the death of Peter’s mother and Dalene’s sister within a few months of each other.

So one day late in that year, as we were driving across snowy southern Alberta, the idea came up again. That time, as our whole perspective had changed based on our experiences, the discussion went a little differently. We made the decision to really do it and a year and a half later we got on our first plane to Sucre, Bolivia.

My condolences for Peter’s mother and your sister. I read about a tragedy influencing your decision and I am sorry it had to be a tragedy but somehow you turned it into something positive.

Thanks so much Ina. The thought of turning it into something positive was the only thing that really got me through it I think.

Where is “home”? Is “home” important?

Home is each other. Wherever we are, as long as we are together, that is home. We love Canada, we are very proud to be Canadian, but the truth is we may never live there again. We have no idea where we will end up, or if/when we will ever settle down! We are having the time of our lives, and as long as we are in it together, that is all that matters.

How is this lifestyle possible? Are you working freelance or use your savings? Is it difficult to survive?

Our lifestyle is possible because of our savings and the money we made off of our house sale in Canada. However, we know that this won’t last forever, and have started pursuing other avenues to generate income. We are starting to some money trickle in off of our blog, I am enrolled in an online travel writing course to improve my skills, and we pick up some odd jobs on the side (Peter has done some substitute teaching here in Honduras).

We also have found some ways to travel very cheaply – for example, house sitting is a perfect fit for our lifestyle. We can travel to many places of the world, live rent free, and spend significant time in one place so as not to burn ourselves out. We are currently on a six month house sitting job on a beautiful island in the Caribbean, and up next, we have another one in Ireland!  We are so excited to get over and begin our exploration of “that” side of the pond!

What is “house sitting”?

House sitting is where home owners need someone to stay at their house (while they go on vacation, etc.), usually because it is in a remote place, or they have pets. It is usually done at no charge – as we are getting free rent in exchange for their getting someone responsible to care for their property. We’re on our third house sitting job now. We wrote two articles about it on our blog “Housesitting 101” and “Housesitting 201” to give people tips on how to do it.

We started out in South America because much of our previous vacations had been in Latin America (Mexico, Cuba, Costa Rica) – and we loved it.  We love the culture and the easy going nature of the people.  We also really had a desire to learn Spanish and have taken some courses along the way.  It is a real shame that a lot of people discredit South America as a travel destination (thinking it is too dangerous) – it is such a diverse and beautiful corner of the world with some of the friendliest people we have ever met.

Have you learned Spanish?

Mas o menos!  I’d say we’re at an intermediate level. We took some lessons in Bolivia and Argentina, but could definitely stand to use some more. We are also pretty out of practice here in Honduras, where English is the predominant language in the Bay Islands.

What’s the most important thing you’ve learned since you started traveling?

One of the most important things we’ve learned is to live with less. In Canada we had the big house full of unnecessary stuff; we had the nice cars and plenty of designer clothes. We’ve realized that we don’t need any of that, we have existed these past (almost) two years by just using whatever we can carry in our back packs. Sure, we don’t look as nice, but we are so much happier to not be burdened down by all that “stuff”. It is such a freeing experience!

Those mud clothes look priceless. And like you had a lot of fun. Is it a place where people usually take mud baths or was it just you two?

That was at a tiny volcano just outside of Cartagena, Colombia, where it spews mud instead of lava! It’s a big tourist attraction to go there and have a mud bath. There was quite a few people around us.  t was pretty fun!

You say freeing – are you more relaxed, happier now?

Yes, and yes, most definitely!  Often now, Peter and I both will just look at each other and say: “I love our life.”  We never said that before we started traveling.

Thank you very much for the interview 🙂

Photos from Dalene and Peter’s personal collection. See more of their photos on flickr: http://www.flickr.com/photos/hecktictravels/ 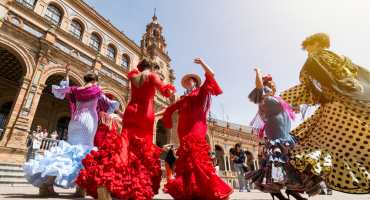 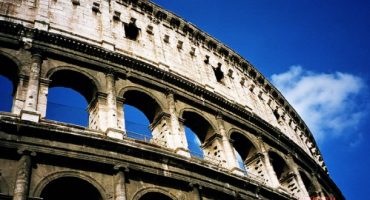 The New 7 Wonders of the World 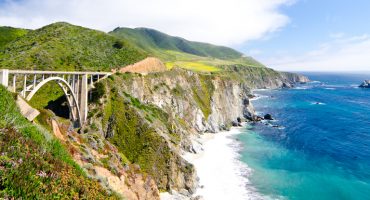 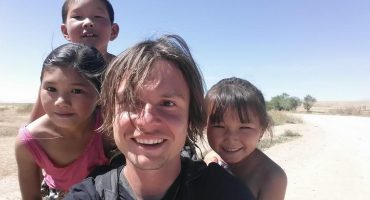 Is this still tourism, or is this already travel?

One response to “Modern nomads: “Home is each other””