South America is a continent that just oozes adventure. From deep thriving rainforests to abundances of exotic wildlife to ancient ruins – you’ve really travelled if you’ve done a stint here. Where the Machu Picchu’s and the Amazon clearly get all the attention worldwide, the cities of South America are vastly fascinating too.

Cities like Rio de Janeiro is epitomised by its favelas and beaches, whilst Lima is known for its ceviche and La Paz is known for its high location. Yet, Buenos Aires in Argentina is definitely the cultural option and focuses on what it does best.

More European than any other city in South America, ‘BA’ has fashion, steak, red wine, tango and football to proudly brag about.

Where BA might not be the most off the beaten track of destinations, it certainly makes that up with its contrasting finesse. You can be marvelling in its cultural delights one minute then go revelling in its shopping and nightclubbing scene the next.

One of Buenos Aires’s major pulling points, is that its thought to be home to the best steak in the world. With an abundance of churrasquerias (steakhouses) heavily dotted around San Telmo, and Palermo, if you’re a meat eater than BA will not fail to disappoint.

One place to check out is Don Julio’s, and regularly is the recommendation amongst fellow travellers and locals alike. The staff are dressed to impress, the morcilla (black sausage) is divine and it has a variety of cuts of meat along with the best Argentine red wine to go with.

eDreams Tip: If you’re into street food try the traditional choripán con chimichurri which is a traditional Argentinian sandwich. 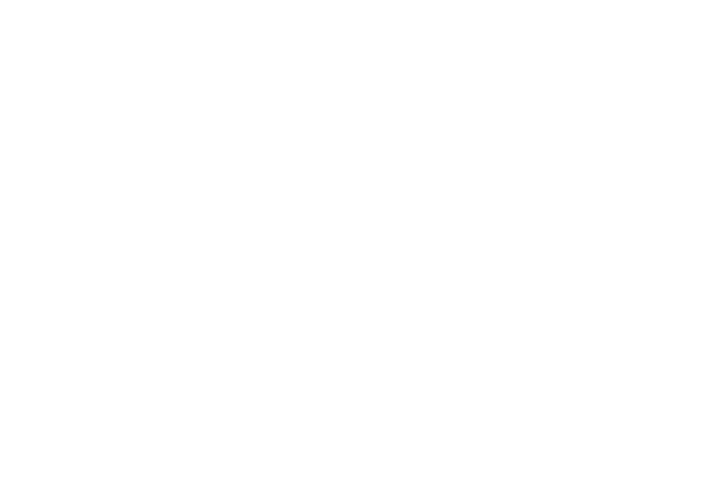 Chori means chorizo and pan means bread, while chimichurri is a delicious sauce made of several flavorings including parsley, garlic, olive oil, oregano, black peper and more. You can easily find a stall on the streets of Buenos Aires selling a choripán.

If streak is the savoury for the city then Dulce de Leche is the sweet. This creamy brown caramel syrup seems to be on every sweet shop corner in BA. You will find it in crepes, cakes and even its own ice-cream flavour!

eDreams Tip: If you like the Dulce de Leche you will also love the liquor by the same name.

Pronounced mah-tay, the famous Argentine yerba tea is drunk pretty much by all Argentinians. Very similar to herbal or green tea, mate is drank famously from a mate cup and a bombilla, a metal like straw. You can find these from shops to local markets in BA. Mate is rich with caffeine and can be highly (and healthily) addictive!

eDreams Tip: If you want to buy a souvenir and know someone that likes to drink tea, this is the perfect gift!

The mate cup is made of calabash gourd and there are plenty of options in terms of decoration and design.

The heart of Buenos Aires, Plaza de Mayo is the oldest square within the city and was the location when Argentina took independence from Spain in 1810. It’s also the political and financial head of BA, with Casa Rosada (Pink House) where the President of Argentina takes seat. What you’ll find is the Plaza de Mayor is home to many other institutional buildings in BA, many imperative to the way the city works.

eDreams Tip: Close to Plaza de Mayo you’ll find the “Casa Rosada Museum” that features the history of Argentina. The entry is free and it’s open from Wednesday to Sunday, 10Am to 6PM.

We’ve talked about the foods that make BA and we could mention Plaza de Mayor at the capital city’s heart. But if you were curious to what the hips and the feet would represent the city, that’s easy. Tango dancing. The distinctive dance style that locals are passionate about, you have to check out a variety of shows whilst spending time in BA. You can even participate yourself!

There’s tons of Tango places to choose from but one French-styled coffee house, Café Tortoni is a must visit. Not only can you enjoy a live show, but also it has delicious food and a famous past, with many celebrities and important figures attending over its 150 year existence.

Walking through the colourful El Caminito, which means ‘little walkway’ epitomises what La Boca is. Once you’ve visited, this is what you’ll remember most. With shanty houses, buskers, street performers, tango dancers, restaurants, bars, souvenir shops and even courtyards to play street soccer, La Boca is definitely a place for visitors to enjoy.

Make sure you also visit La Bombenera stadium, home to Boca Juniors, one of the biggest football teams in Argentina.

If you’re one to stay in hostels, perhaps you’re taking a backpacking trip, then Buenos Aires is home to several cool districts you can stay in and experience the BA way. One recommended place nearby the San Telmo area is rustic Portal Del Sur. With friendly vibes, an antique décor and small but lively rooftop, this place is great to get to know fellow travellers. Throw in live music and delicious asado, it makes Portal Del Sur one of the must stays in BA, especially when on a budget. Private rooms and dorm beds are available here.

Arguably the world’s most ferocious and fierce football derby in the world, River vs Boca really needs no introduction.

Nicknamed the ‘Superclasico’ whether it’s a competitive or friendly match, the whole of the country comes to a halt. If you do manage to get into a game, expect controversy whether it’s on or off the pitch. From red cards to crowd riots, this game isn’t for the faint hearted. However, if you can embrace the environment and plonk yourself into the heart of the fans constantly singing and cheering it’s quite the unique experience.

If you’re a bit of a night owl you haven’t experienced anything yet. Buenos Aires is one of the main hotspots in South America that takes going out to a whole new level. BA is notorious for late night partying – and that means going out in the early hours and coming home for lunch.

With most nightclubs opening after 12am, it’ll always be a late on in Buenos Aires. Head to Kika for a variety of music, but mostly electronic tunes will be playing on the bigger nights. For more nocturnal nightlife, Niceta and INK are popular options too. If you stick to these, or in and around the Palermo area it’s not difficult to find a buzzing night out.

Buenos Aires is home to many intriguing markets but the most notable market, which is more an event, is every Sunday. Feria de San Telmo, meaning ‘Fair of San Telmo’, has nearly 300 market stalls stretching over thirteen blocks, full of art, souvenirs, vintage goods and street food. It’s that popular that an estimated 10,000 visitors make their way here weekly.

This isn’t a market you’ll quickly bypass, take your time wandering and spend the morning or afternoon here with the main hub being at Defensa Street. Even if you just want to relax with some beers whilst scoffing an empanada listening to jazz music, you can do so here.

Buenos Aires is a trendy town, from bustling Avenue Corrientes full of shows, cafes, shops and bars to the fancy trendy shops in Recoleta.

In fact, you could possibly mistake BA as being the South American version of a Paris or a Milan, embodied by the European architecture that makes Buenos Aires such a hotspot. For shops that have a bit of everything wander downtown to the ever-popular Florida Street. If you want to find antiques then delve into the streets of San Telmo, you’ll definitely find mate cups here! For more upmarket gifts, Palermo Soho is a good choice to peruse, full of brands and boutique buys.

eDreams Tip: If you’re looking for books or just a cool place to visit for free, head over to El Ateneo – a former theatre converted into a book store.

Plaza de Mayor, Casa Rosada and La Boca are all hotspots we’ve touched on but Obelisco de Buenos Aires is arguably the postcard of the city. A white spike of stone towering nearly 70m made from the wine region of Cordoba, Obelisco is a popular meeting point for locals alike.

The Buenos Aires Metropolian Cathedral exudes European design whilst the Plaza de Republica, Kirchner Cultural Centre and the Congressional Plaza are all popular attractions. Teatro Colon (The Grand Theatre) is for the cultural kids with shows of opera, ballet and live events regularly playing. Buenos Aires is very European with many historical monuments to visit. To see them all, you best plan to stay in BA for a while!

✈ Take me to Buenos Aires!