The 8 most beautiful Greek islands for a beach getaway

Why choose Greece as your year-round beach holiday destination?

If you want to know more, don’t miss Maria Giovanna, our eDreams travel guide, on her trip to Greece!

It’s no wonder that the Greek Islands are considered the most popular sea destination in Europe!

With more than 5,000 islands and islets in Greece, choosing which one to visit is extremely difficult…

So we’re going to help you by sharing our list of the 8 most beautiful Greek islands! Ready? Read on!

For our first choice, we’re going with the classic and well-known Santorini.

If you are looking for the perfect blend of ingredients listed at the beginning of the article, together with a hint of romance and a bit of nightlife, then this island is perfect for you.

The rugged black sand beaches of volcanic origin, contrast with the blue sea and white houses of Fira, a village perched on the western side of the island from which you can enjoy breathtaking sunsets.

✈️ Take me to Santorini!
✈️ + 🏨 Search for flight + hotel in Santorini!

Paxi is one of the largest Ionian Islands and is close to Corfu. It’s smaller and less known than the other Greek islands, making it a perfect oasis of tranquillity for couples or travellers seeking privacy.

There are stunning beaches and restaurants in the main port of Gaios that serve fresh fish. The best time to enjoy the magical atmosphere is in the evening, right when the day tourists from Corfu have left the island. Sit at a table in a tavern to drink Ouzo, the popular anise-flavoured aperitif.

Mykonos is the best choice for those who want to party.

The laid-back vacation vibe is contagious and takes over anyone landing on this island. For this reason, Mykonos has become one of the most popular destinations in Greece.

Mass tourism hasn’t affected the beauty of the island yet, with picturesque houses and narrow streets full of Cycladic architecture and, not to mention, the crystal clear blue sea.

Mountains and rough back roads make this island the perfect pick for adventurous travellers looking for day trips to explore the rich wildlife.

You can come face to face with wild animals like exotic birds and dwarf elephants on the small and rural island of Tilos.

The beaches are rocky and difficult to access, but once you get there you’ll be able to enjoy the peace and quiet of nature, even during peak season.

✈️ Take me to Rhodes!

Ikaria is located in the Aegean Sea, about 20 km from Samos. It was named after the Greek mythological God, “Icarus”, and the legend states that he fell into the sea near the island when he was trying to escape from Crete.

Ikaria’s beauty lies in it being so inaccessible: mountainous and wild, with breathtaking views. The small bays are mystical, and you’ll be able to enjoy its thermal waters and the island’s unique architecture which takes you back to ancient Greece. Could this be why the Ikarians are some of the longest living people on the planet?

In the archipelago of the Sporades, located in the western part of the Aegean Sea, you will find the island of Skiros. It’s the largest, and probably the most peaceful among this group of Greek islands.

There is no nightlife, but during the day you can rent a bike or a scooter and wander the streets to discover its hidden treasures. The northern part of the island is hilly and green and home to Mount Olympus, while the south is arid and barren… A contrast that will make you fall in love!

The southernmost island in Europe is included in our list because of its unique and intact nature and its dedication to maintain their local traditions.

There are few tourist accommodations, but we recommend to grab a tent and sleep on the beach under the stars. Its beaches are one of the most beautiful in Greece and probably the entire continent.

The few permanent inhabitants (only about 50 people are year-round residents) mingle with new residents, mostly artists, who choose to live here, leaving watches and mobile phones behind. Do not miss Tripiti Cape, the southernmost point in Europe.

The statue of “Venus de Milo”, one of the symbols of classical beauty and excellence, was discovered here.

There’s no doubt where its inspiration and beauty came from: the small island of Milos is indeed paradise! The island is located south-west of the Cyclades and is characterized by its lunar landscape with rocks and white sand.

The island’s strong point is its beaches: 70 in total, many of these hidden, are all so magnificent that they’ll take your breath away. And what’s strange (and appealing) is that it is nearly deserted during the summer!

Do you agree with our selection? What are your favourite Greek Islands?

Let us know in the comments below!

Find out more about Greek beaches!

All You Need to Know About The London Eye 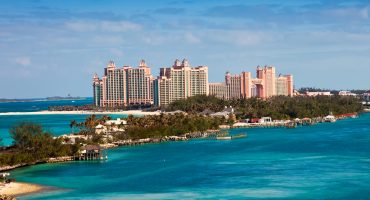 A Bahamas Vacation: Head Over to the islands 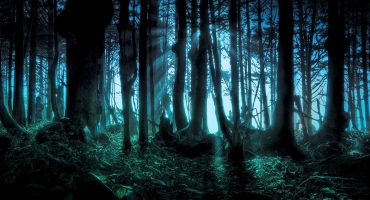 Places to go for a Spooky Halloween in Europe