If you think that the countries found in the northern latitude are dull and gray, you’re way off…

Do you know the incredible phenomenon of aurora borealis, also known as the northern lights?

The Aurora is an incredible light show caused by collisions between electrically charged particles released from the sun that enter the earth’s atmosphere and collide with gases such as oxygen and nitrogen. via AuroraService

The aurora borealis appear in many colours although pale green and pink are the most common. Shades of red, yellow, green, blue, and violet have also been reported. The colors are so intense, that sometimes, they make the scene seem unreal…

If you want to see this winter dream, now is the time to get on the road!

The perfect time to hunt for the northern lights is between February, the end of winter and March, springs solstice from 6pm to 1am.

Where should you go to enjoy the show?

We’ve prepared a list of places were you’ll find the best aurora borealis around the world, so stop dreaming, pack for a really cold weather and let’s go northern light hunting!

Take me to Norway!

Take me to Alaska!

Take me to Denmark!

Iceland
Best spots: throughout the whole country, but especially at the Þingvellir National Park

Take me to Iceland!

Take me to Scotland!

Take me to Finland!

Take me to Canada! 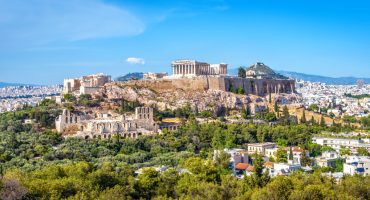 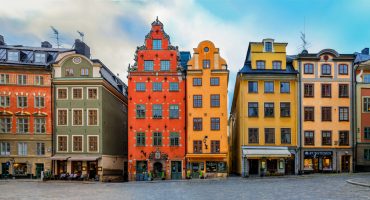