There is no city like Athens, where the ancient and the contemporary mix so harmoniously together. When it comes to leisure and fun, the city offers its visitors countless choices that leave no wish unfulfilled. Athens has it all: beach, big-city charm, delicious food, endless shopping opportunities, museums, history and fascinating traditions. With so many possibilities, you may be left wondering what the best things to do in Athens are? Especially if you’re only here for a long weekend.

These are the top things to do in Athens when visiting for a long weekend: 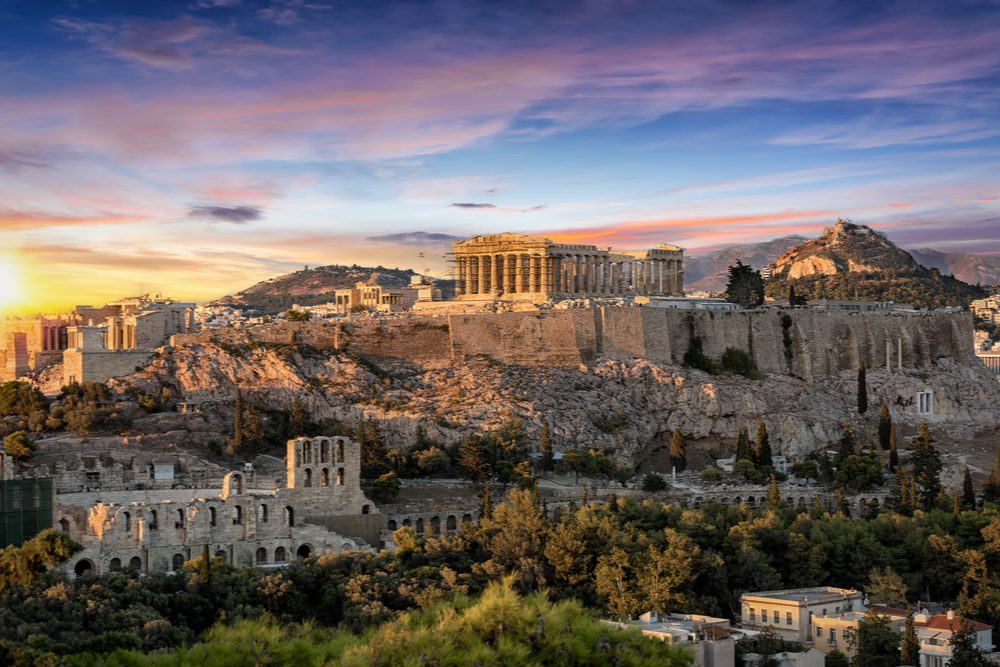 On a hill overlooking the city of Athens is the Acropolis – an ancient citadel that dates all the way back to the fifth century BC! Several of the buildings from this time still remain today, the most famous being the Parthenon. On the south eastern slope of the Acropolis hill is the Acropolis Museum, where you can explore the findings of the archeological site of the Acropolis of Athens. After doing so, make sure to have lunch at their restaurant. Trust us, you’re in for a treat – this restaurant is currently among the top 5 museum restaurants in the world!

2. Stroll through the historic district of Plaka 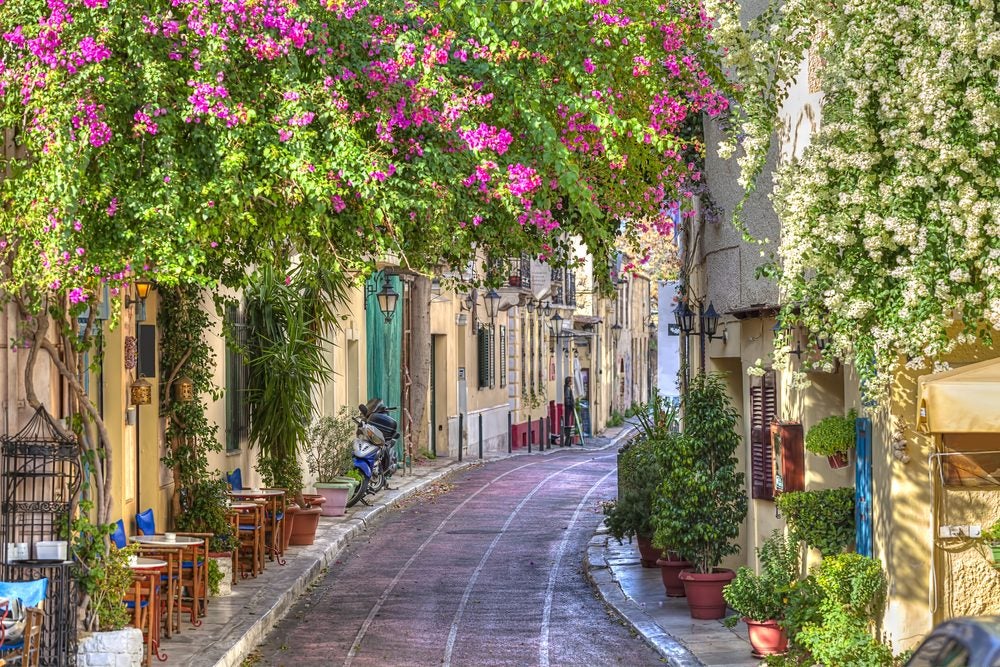 As you walk down from the Acropolis hill, pass through the hill-side neighbourhood of Plaka. It’s one of the oldest historical neighbourhoods of Athens, and it certainly has that feel to it. Small cobblestone streets are lined with family-owned businesses selling clothes, trinkets, jewelry and ceramics. There are plenty of cafes and tavernas to stop in for some refreshment before heading out again. For a spectacular panoramic view of the city, climb Lycabettus Hill. 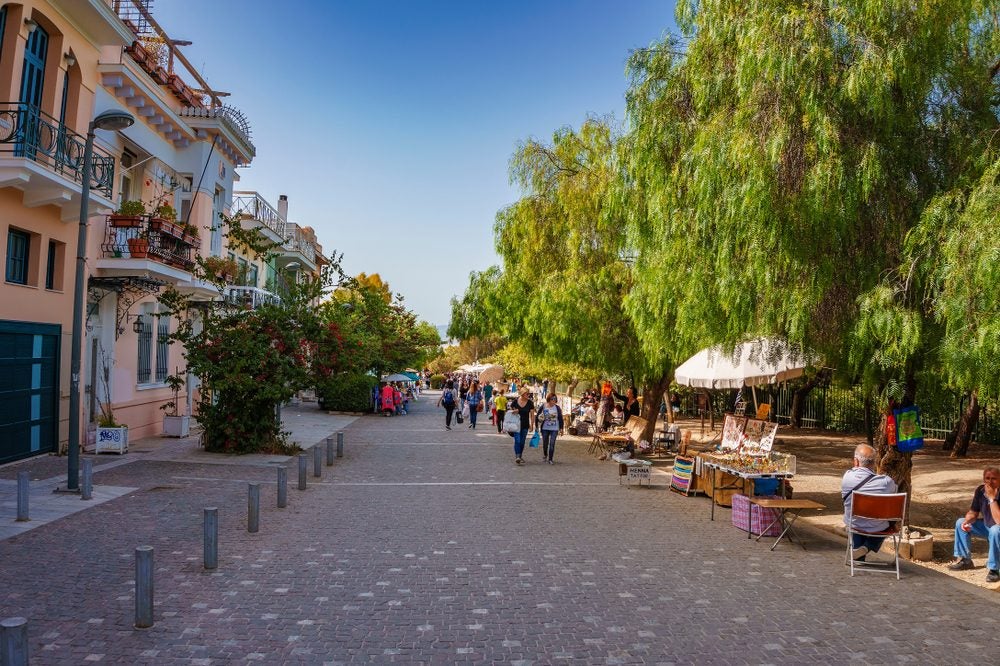 Keep heading down from the Acropolis, towards Keramikos and you’ll pass through the street of Dionysiou Areopagitou. The street is pedestrianised, so it’s a good route to take to and from the Acropolis in order to get the best view of the ancient ruins. 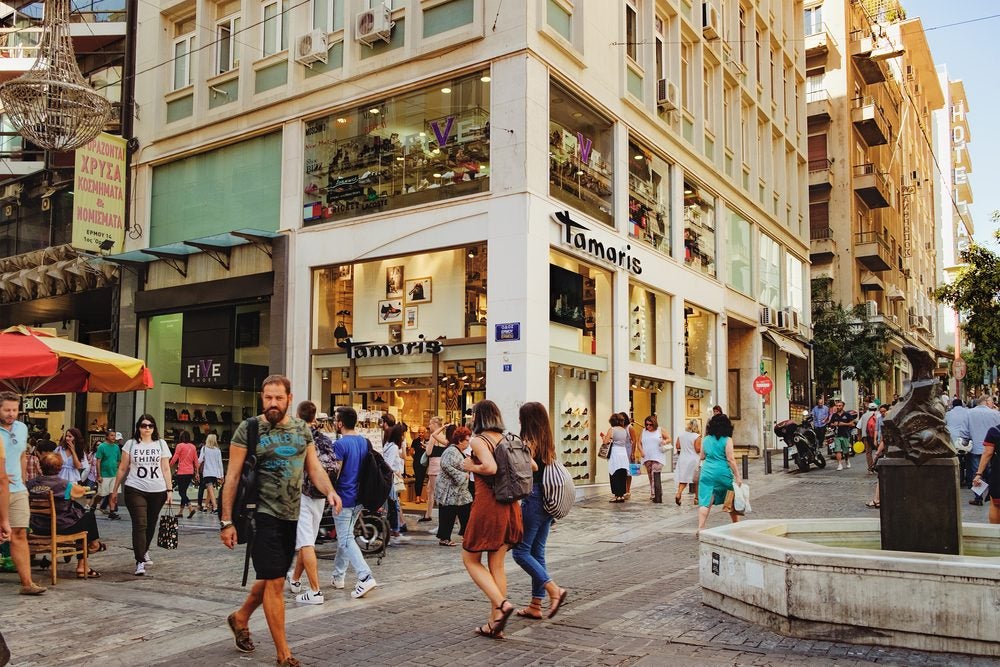 Ermou Street is Athens’ main shopping street. A one and a half kilometer-long pedestrian-only street in the neighbourhood of Monastiraki, it’s a good place to pick up a few souvenirs, and also has a lot of the usual shops you’d find on any main city shopping street. Being in the centre of the city, the street gets quite busy with shoppers and tourists, but you’ll also find a few other guests here too, such as clowns, musicians, mimes and street merchants. At night, Ermou Street comes alive – it’s one of the best places to go in Athens for nightlife.

5. Watch the sunset over the sea in Kastella 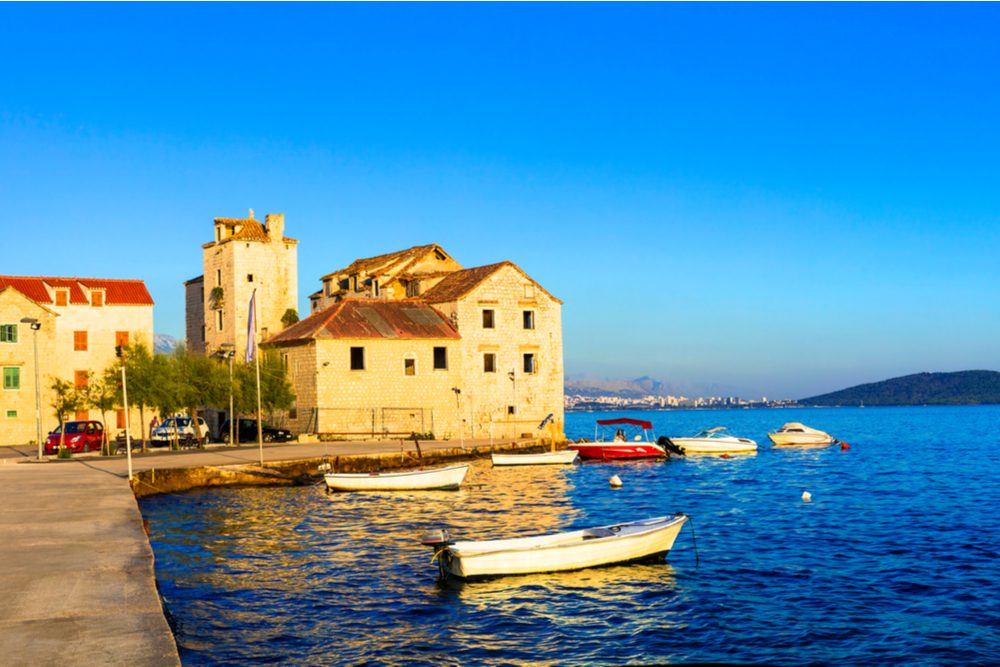 Kastella is a neighbourhood in the district of Piraeus. A quaint, beautiful neighbourhood that sits on a hill. If you’re planning to head out to any of the Greek islands by ferry, you’ll more than likely take the ferry from Piraeus. Consider getting here the night before you go so that you have time to explore the town. One of the best things to see in Kastella is the sunset over the sea, as you watch from the hillside. 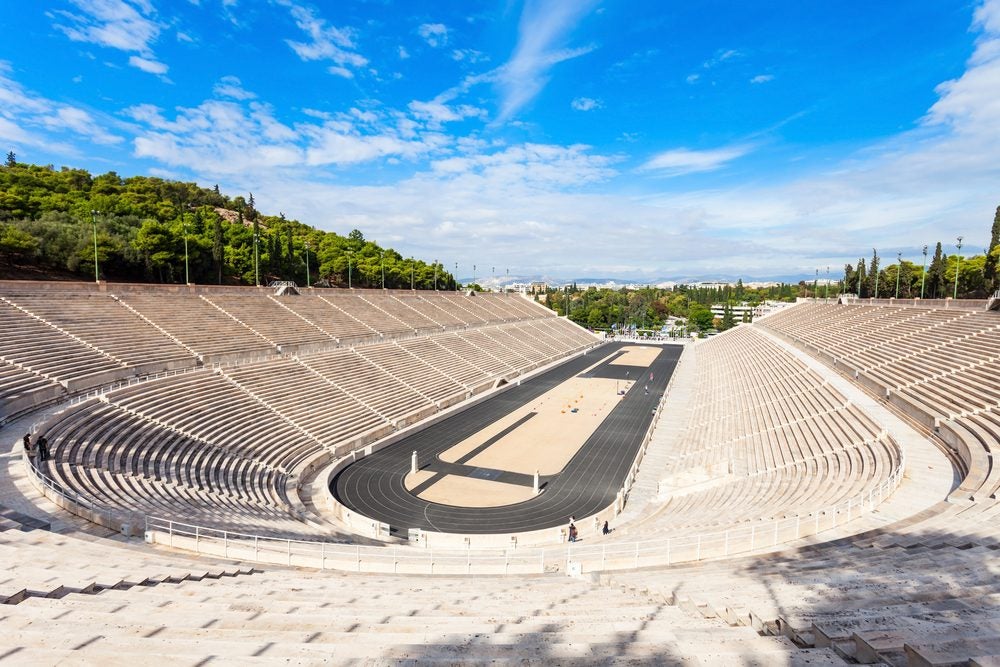 The Panathenaic Stadium is an important historical landmark for any sporting event fan. It was the home of the Panathenaic Games, which predated the Olympic Games. Held every four years from 556 BC. In 1896, the Panathenaic Stadium hosted the opening and closing ceremony of the first modern day Olympic Games. To this day, it’s still an impressive stadium and was used as recently as 2004 as an Olympic venue during the Athens Olympics. It’s the only stadium in the world built entirely of marble. 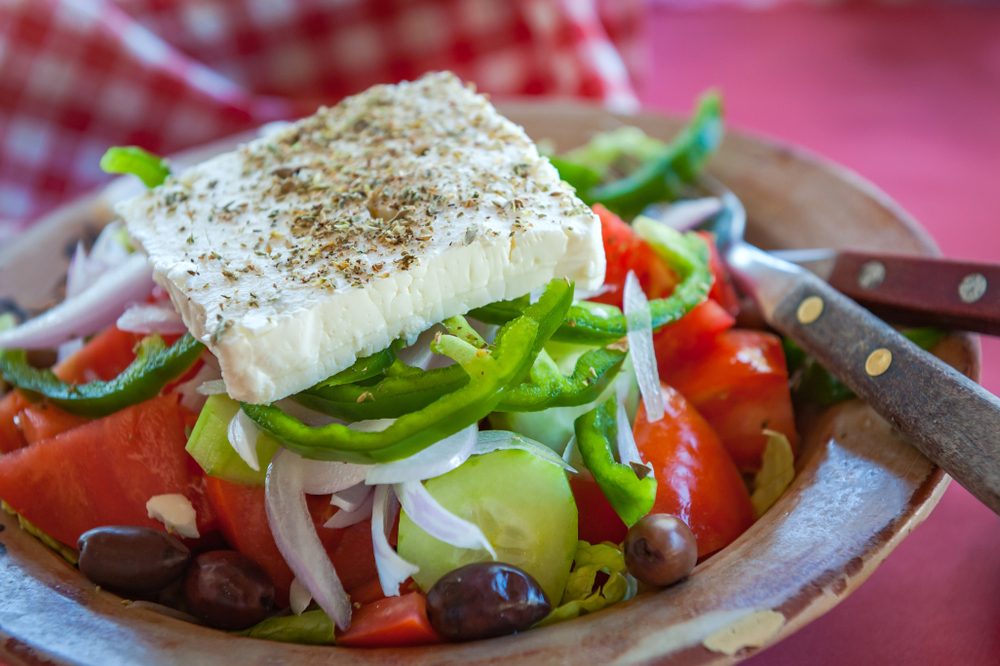 If one thing is for sure about a holiday to Greece, it’s that you’ll dine like a Greek God. Local delicacies such as Gyros, Pikilia and Moussaka are heavenly! The Greek cuisine is Mediterranean and focuses on simple, fresh ingredients. Try to sample some local produce while you’re there such as olive oil, feta and honey. If you’re feeling bold, knock back a shot of Ouzo, the traditional Greek liquor, after your meal. One of the best places in town for Ouzo is the popular Thanasis tavern located right in the northeast corner of Monastiraki Square.

8. Have a coffee in Kolonaki Square 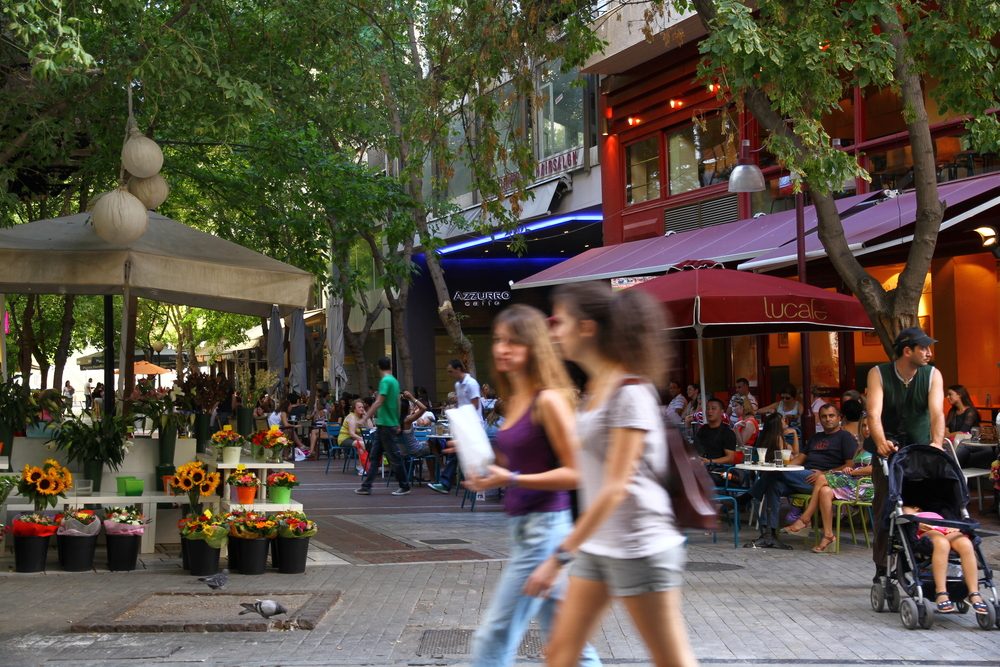 Choose from one of the many cafes in Kolonaki Square to sit and enjoy a coffee or a snack while watching the passersby. The neighbourhood is one of the most prestigious in Athens, and is where the chic boutiques are located, as well as high-end restaurants and luxury art galleries. This area is quite different to the rest of Athens, and more closely resembles the centre of Paris with its classic buildings and street cafes. This is one of the most expensive neighbourhoods to stay in, but there are plenty of areas nearby which have the cheaper hotels in Athens.

9. Go to the beach in Athens 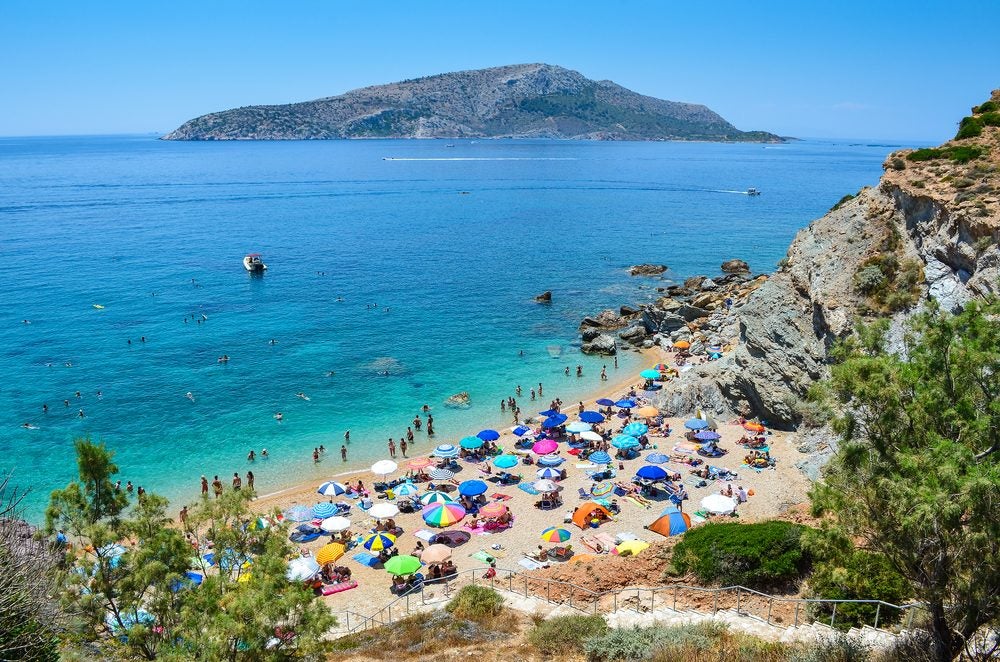 Fancy cooling off with some swimming, sunbathing or snorkeling? No problem, Athens has some spectacular beaches. Alimos beach is one of the closest to Athens’ city centre, just 11 kilometres south of the city. It’s one of the most popular beaches in the area due to its location. If you head a bit further out, you’ll find beaches with less crowds (and often clearer water). Legrena beach is around 60 kilometres south of Athens centre, and is much more secluded. This sandy beach has calm, turquoise waters and is a fantastic place to spend a beach day. 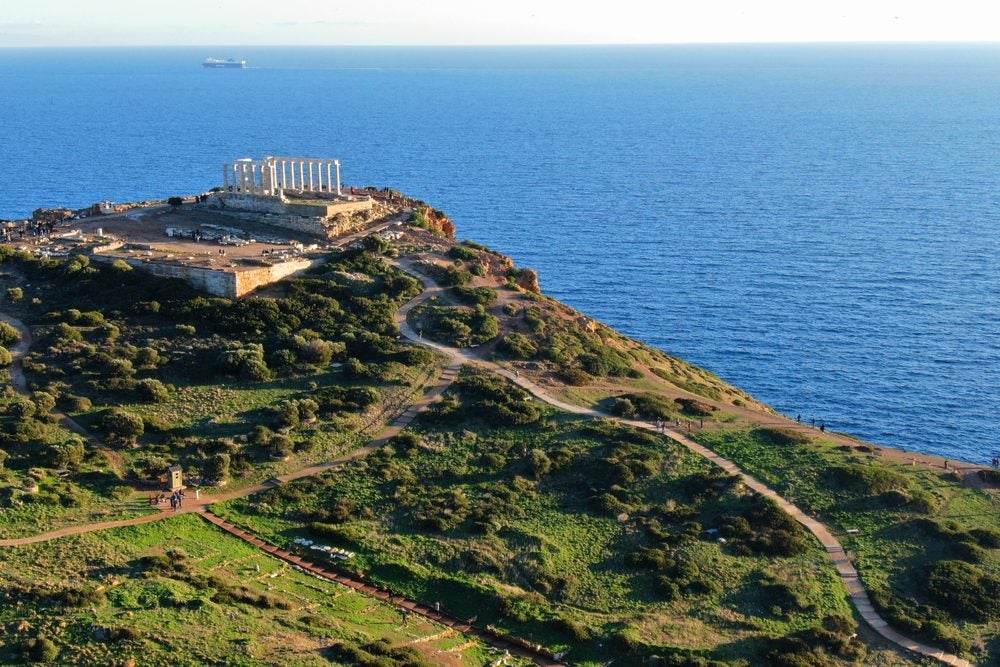 Kap Sounion is a headland, surrounded by sea. If you dare to climb all the way up, you’ll be rewarded by some of the best views of Athens. The temple of Poseidon sits atop the cliff, one of the major monuments of the Golden Age of Athens. Head up to see the marble temple as it is today, and stay as the sun sets behind the island of Patroklos.

If you love wine, you will be spoiled for choice at Fabrica de Vino, a popular restaurant with over 400 varieties of Greek wine. It markets itself as the first wine bar in Athens. Try their selection of wines, sweet wines, sparkling wines and rakis, paired with aged Greek cheeses and cured meats.

12. Enjoy the nightlife in Athens 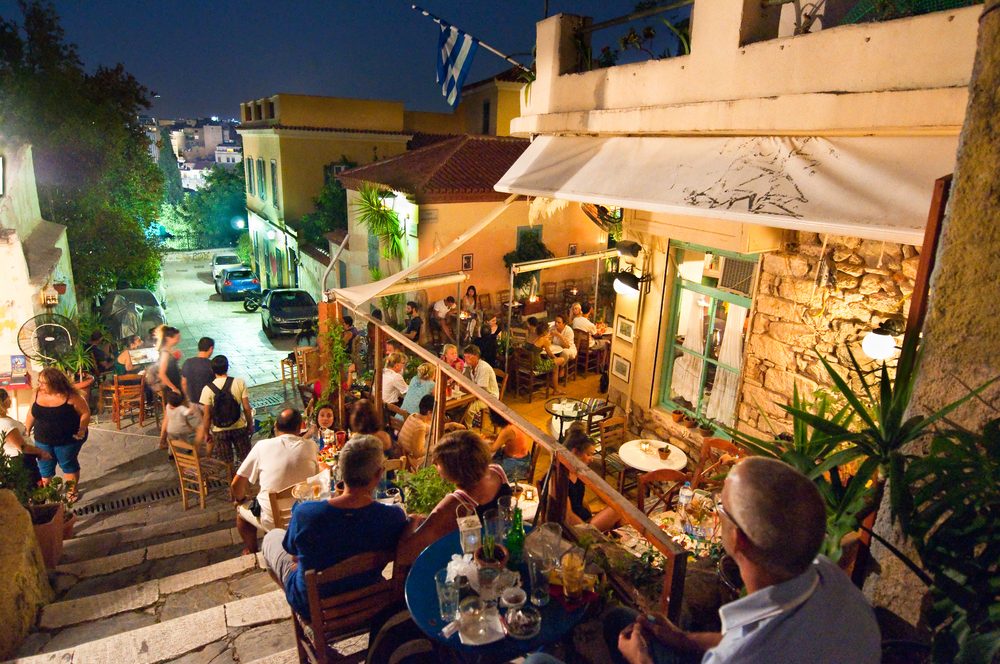 Don’t turn in early, stay out and enjoy the nightlife in Athens! If you’re looking for the biggest clubs, then you’ll want to be in the neighbourhoods of Gazi and Monastiraki. If you prefer bar hopping, then the trendy neighbourhood of Exarchia has what you’re after. Hipster bars, live music venues and trendy restaurants are aplenty here. It’s the place to go for young travellers looking for a night on the town. If you’re partial to a gin and tonic to start your night with, then you’ll love the Gin Joint. As the name suggests, it’s famous for its Gin selection, and is a good place to get the party started in Athens.

13. Watch a show at the Odeon of Herodes Atticus 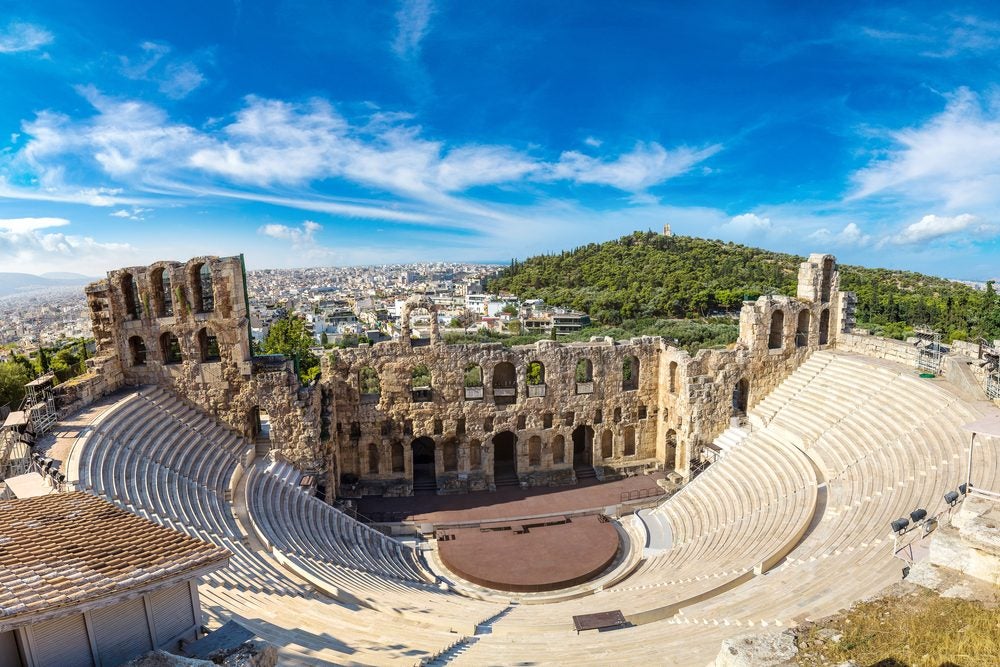 A fabulous theater which can house up to 5000 people at a time, the Odeon of Herodes Atticus is a stone Roman theater structure located on the southwest slope of the Acropolis. One of the best events to take place here is the Athens Festival which runs from May through to October and features a wide variety of performances from local Greek performers, and international ones too. Past performers who have played here are Andrea Bocelli, Elton John, Luciano Pavarotti and Frank Sinatra! 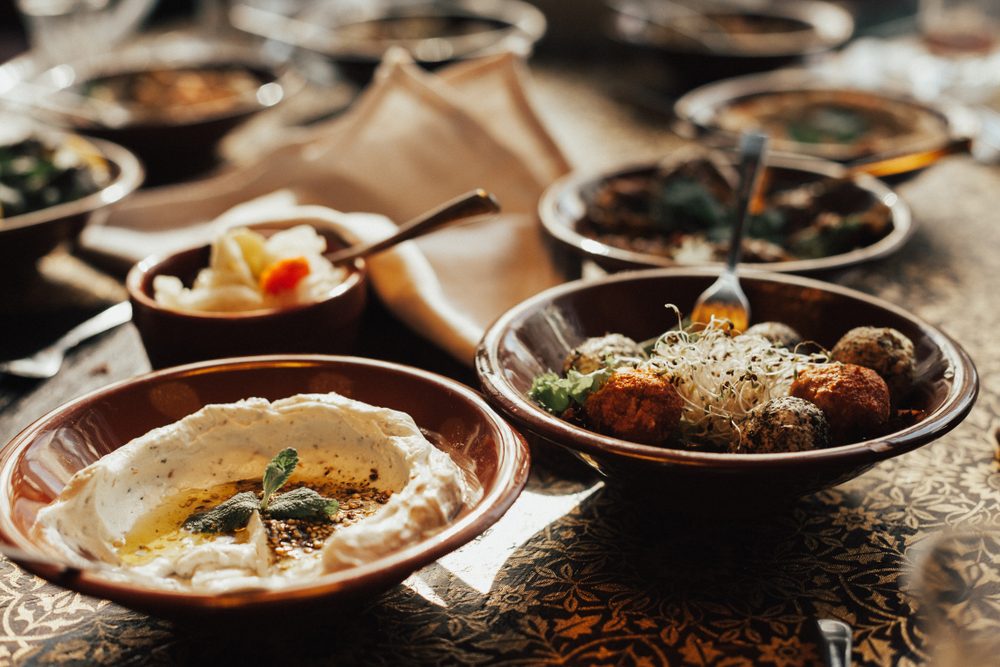 Mezedopoleio – or meze as it’s more commonly known internationally – is Greek-style tapas of small dishes to share. Rantevou in the neighbourhood of Petralona is one of the best places to try meze in Athens. It’s small and cozy, with traditional Greek and Asian inspired meze dishes. Rantevou is incredibly popular, so be prepared to wait for a table. But trust us, the local Greek beer and the falafel sandwich are definitely worth it once you sit down.

15. Wind down at Moorings restaurant 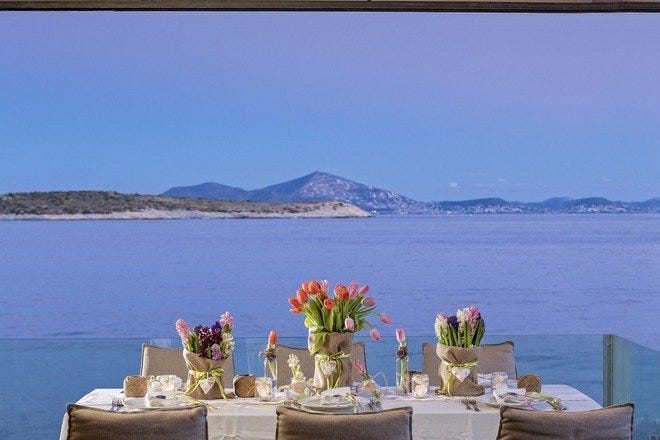 Last but not least, relax with a glass of wine at the Moorings restaurant while enjoying a breathtaking view of the sea. This is a last-night-in-Athens type of place to really put the cherry on top of a special long weekend in Athens. The Moorings restaurant is elegant and inviting, and the view is second to none. During the summer months, book a table on the terrace to enjoy the full view of the sea. Even in the cooler months, you’ll still get the full experience as the restaurant has floor to ceiling windows all round, and you’ll feel like you’re outside even when you’re not. Have a cocktail and dine out on the Mediterranean menu whilst you reminisce over the last few days in Athens.

Have these 15 things to do in Athens convinced you to book a holiday to Greece yet? Remember that if you book your flight and hotel together, you’ll save money on your booking.

Book flight and hotel to Athens! 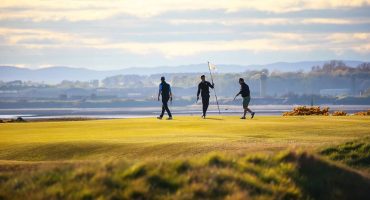 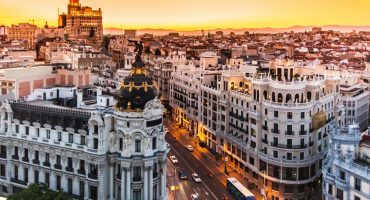