The festive atmosphere, the parades that line the streets with participants dressed in costumes and parties that go on throughout the night. In many places around the world, carnival is one of the most anticipated events and it’s just around the corner…

Though it originally started as a pagan festival and later as a way to commemorate the beginning of Lent, Carnival has morphed into a time to celebrate the rhythm of culture that lies within each enchanting destination.

For travellers planning on taking a holiday to celebrate the Carnival, here’s what you can expect from some of the best carnival destinations.

Check out our top list of destinations and tell us which mega party you’d like to be a part of! 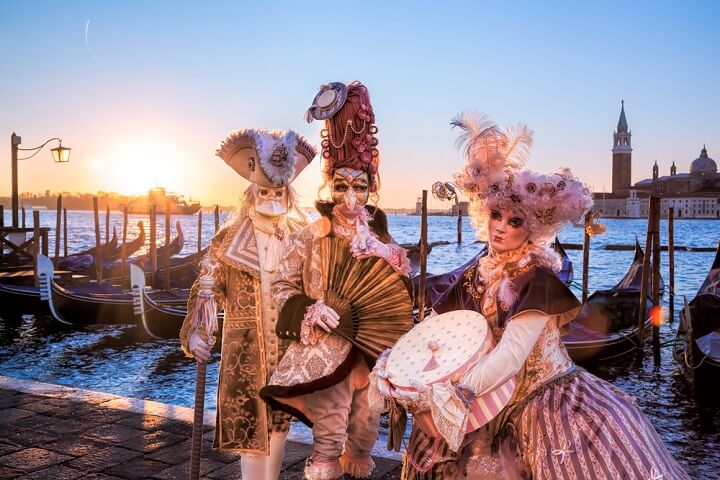 Where: The city of Venice is located in north-eastern Italy and is comprised of various canals linked by bridges, lending a bit of charm to this unique and popular travel destination.

What to Expect: Famed for its elaborate masks, travellers journeying to take part of the Carnival in Venice should be prepared for the event with that one crucial item. Following the other traditions, the mask is the most representative element of the celebration.

When to Go: This carnival lasts more than two weeks, but the best time to go is during the weekends or in the final week, where the city is bustling with masked strangers, music and festivities. In 2018 it takes place from January 27 to February 13.

Take me to Venice! 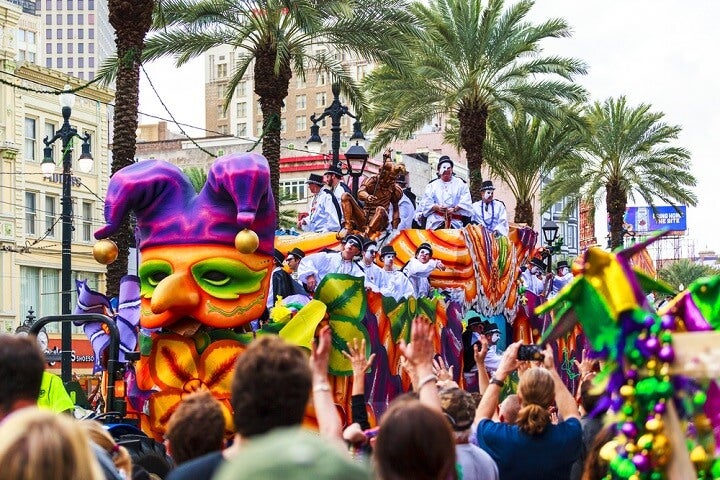 Where: Take an international flight on your next holiday to Louisiana and enjoy one of the more emblematic symbols of carnival in the United States: Mardi Gras in New Orleans.

What to Expect: Culminating into what is known as Fat Tuesday, the events consist of a large parade, where traditionally, the master of ceremonies rewards participants in the streets with the iconic Mardi Gras beads.

When to Go:A holiday to Louisiana during this time of year is to be planned with some anticipation, as it is such a popular affair. Once you’re there, we do recommend you arrive early to watch the famous parades, including the Bacchus Parade, as the area crowds quickly. The New Orleans Mardi Gas carnival takes place between 9 to 13 February 2018.

Take me to New Orleans! 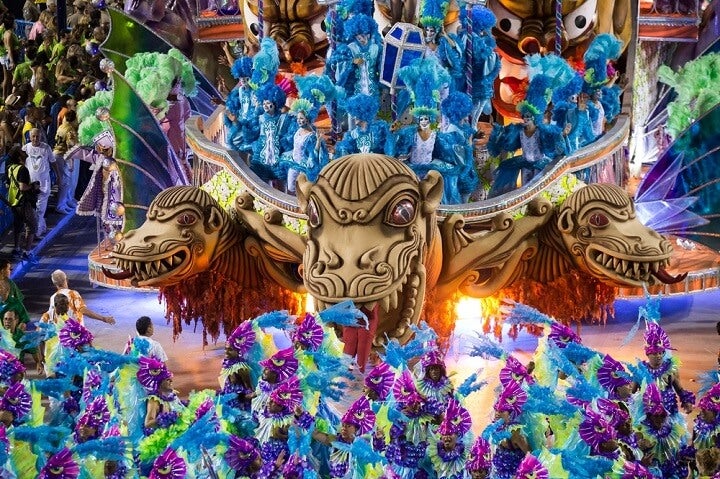 Where:Considered one of the most popular carnivals of the world, the Brazil Carnival takes place in Rio de Janeiro.

What to Expect: There are many facets to carnival that make it a special event. From the parades to the energy and an amazing display of costumes and dancing which is performed by the competeing samba shools. These schools represent a particular neighbourhood or favela in the annual Samba Parade.

When to Go: Rio Carnival 2018 takes place at the warmest time of year for weather in Rio de Janeiro – 9 to 17 of February –  offering UK travellers a break from the winter cold.

Take me to Rio de Janeiro! 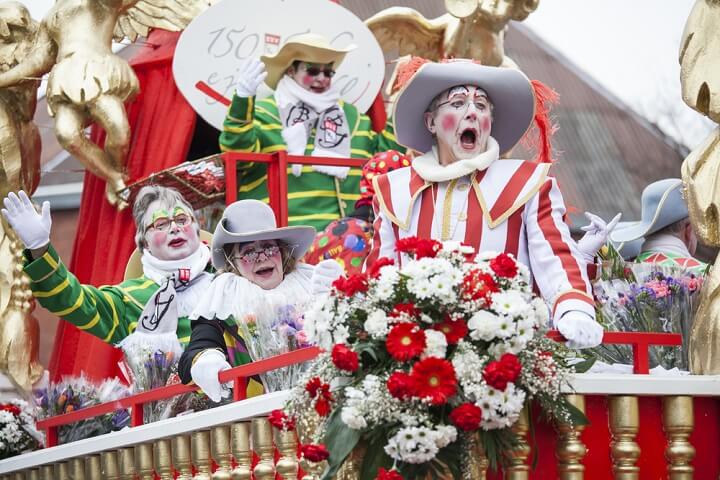 Where: Cologne is located on the Rhine River and is Germany’s fourth largest city.

What to Expect: Traditions and festivities are not far behind in Germany, where a holiday to Cologne during the month of February can mean a wonderful experience at the Cologne Carnival. Parades, traditional fare and crowds, all celebrating the fascinating carnival events.

When to Go: Though technically this carnival starts in November, travellers should go during the “crazy days”, which begin on Fat Thursday, and stay for the main event of the carnival: Rose Monday. This event which features a parade where treats, including chocolate boxes, bottles of perfume and other small gifts are thrown from the floats.

Take me to Cologne! 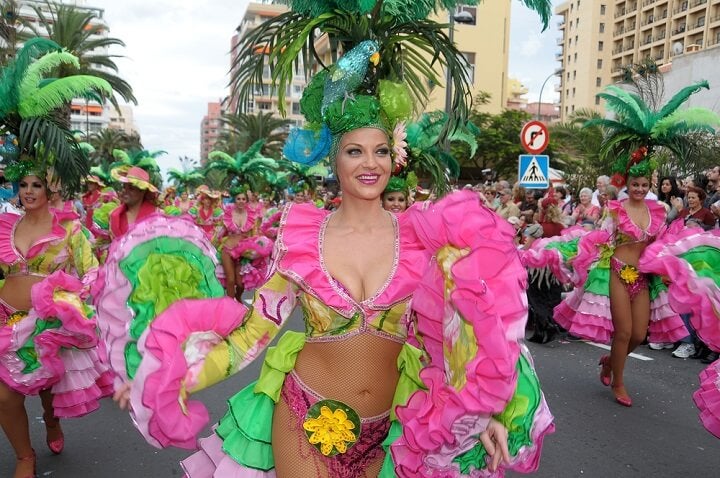 Where: Tenerife is the largest of the Canary Islands and its annual carnival, Cruz de Tenerife, is considered one the best in the world.

What to Expect: Tenerife holidays during carnival is sure to be an unforgettable experience.  Visitors wishing to experience carnival in Tenerife are in for an epic experience: A presentation of carnival queens, a parade, and then days of festivities, the burial of the sardine, and the weekend of the piñata.

When to Go: In 2018 this carnival begins on February 4 and ends on February 18 , lasting exactly two weeks. This Island in Spain is accessible with flights to Tenerife arriving from London, and arrives at the Tenerife South Airport.

Take me to Tenerife! 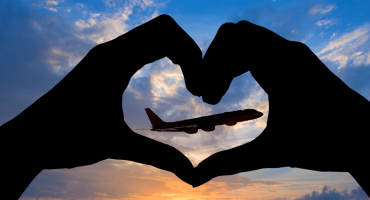 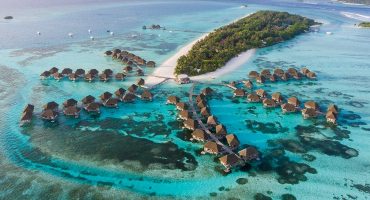 10 Places to Visit Before They Vanish 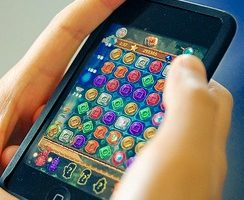 The Best Apps & Games to Pass Time on Flights 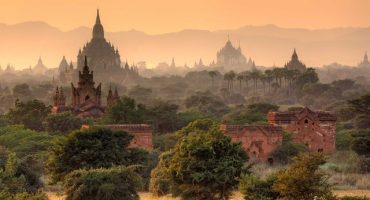