If you’re looking for the best places to snorkel in the world, you’re in the right place!

We’ve compiled a list of the 20 perfect destinations for snorkelling and why they’re the best. The list includes destinations in Europe, America, Africa, Oceania and Asia. Enjoy!

These islands are the best place to go in Catalonia. The archipelago’s natural barrier makes for a perfect place to snorkel in almost any weather condition.

Tip! While snorkelling in The Medes Islands look out for Algae, seagrass meadows, coral, crabs, starfish and various fish.  The abundance and colours of the marine life will leave you in awe.

The best time to snorkel in Spain is from June to September.

Fly me to Spain!

Malta is a very rocky island with deep water close to the shore. This, coupled with the pristine water that surrounds the island, means that snorkelling in Ghar Lapsi is absolutely amazing.

Tip! The beaches in Malta are usually quite full of swimmers, especially in summer, but surprisingly there are few divers and snorkellers at the best snorkelling spots.

The best time to snorkel in Malta is from May to September.

Take me to Malta!

Croatia is one of the most popular destinations for a beach holiday, but it’s still relatively undiscovered in terms of snorkelling. The Croatian coast is rocky which gives for good visibility in the water.

Tip! If you see an “Atrina Maura”, a type of shellfish with a triangular shape, do not pick it up because they are a protected species in Croatia.

The best time to snorkel in Croatia is from May to September.

Get my flight to Croatia!

In recent years, the Red Sea has gained a great reputation as one of the best places to snorkel. Crystal clear waters that aren’t too crowded are the main attractions.

The best time to snorkel in the Red Sea is from March to May or September to November.

Bocas del Toro is a paradise for nature and sea lovers. The best places for snorkeling are in Almirante Bay, where coral reefs are better protected, the waters are crystal clear, and there are no waves.

Tip! Snorkelling in Bocas del Toro will uncover countless species like shrimp, spider crabs, worms, starfish (thousands of them), and sponges of all colours.

The best time to snorkel in Bocas del Toro is from September and October.

Swim with sharks, dolphins and whales. Almost all types of sea animals are found in the waters of one of the most beautiful nature reserves in South Africa.

Tip! Even though South Africa has some of the best snorkelling in the world, there’s plenty to see outside the ocean too. For example, walk along the Manzengwenya shore and check out the turtles.

The best time to snorkel in South Africa is from March to April.

This national park is known as the best place to dive in Thailand and the best in the world for its coral, marine life, and white sand beaches.

Tip! The nine islands that form the archipelago of The Similan Islands are located in the heart of the Andaman Sea, about three hours by boat from the mainland. Its waters are part of Thailand, although they are close to the border of Burma. The islands are mostly uninhabited, making it a magical land to visit.

The best time to snorkel in the Similan Islands is from December to April.

Fly me to Thailand!

Fiji is really what you have always imagined: tropical beaches with clean and transparent waters, colourful fish swimming among the coral reefs, white sand and palm trees full of coconuts… These are the Fiji islands, some of the most popular places for snorkelling.

The best time to dive in Fiji is between April and October, but you can also dive between June and August, the water is just a bit colder.

Hawaii is a paradise for snorkelling. At Hanauma Bay, you can find over 450 species of tropical fish. One of them is the Humuhumunukunukuapuaa, the official fish of Hawaii.

Tip! This bay was formed as a result of the remains of a volcanic crater where violent explosions occurred thousands of years ago. Due to erosion the crater was joined by the ocean and the sea floor was covered with coral over the years.

Fly me to Hawaii!

A UNESCO World Heritage Site and spread over 2,400 km across the Pacific Ocean, the Great Barrier Reef in Australia is the world’s most spectacular place to snorkel.

Tip! Spot over 1,800 species of fish, 5,000 different types of shellfish, and 125 species of sharks. The green turtle, clown fish, marlin, sea horses, and marine crocodiles are just a few examples of the inhabitants of the Great Barrier Reef.

The best time to snorkel in The Great Barrier Reef is from June to October.

The Maldives are a mecca for diving. The combination of warm water and currents create an extraordinary underwater world to enjoy snorkeling.

Tip! The Maldives archipelago consists of 1,200 islands that occupy a total area of 298 km2 in the heart of the Indian Ocean. If you are looking to snorkel in virgin waters, the Maldives are the perfect place.

The best time to snorkel in the Maldives is from January to April.

Take me to the Maldives!

Caves, islands, shipwrecks, coral reefs, unique rock formations, incredible biodiversity, and calm transparent waters have made these Brazilian beaches, some of the most popular to practice water sports like snorkelling.

Tip! In the Porto Belo area, the Bombinhas beach resort is highly recommended, with its old and well-preserved remains of a sunken ship.

The best time to snorkel in Brazil is from November to February.

The Bunaken National Marine Park is submerged between five small islands: Manado Tua, Bunaken, Montehage, Nain and Siladen. It’s an area not too well known by tourists, meaning you will be amongst true lovers of diving in the underwater world.

Tip! The marine park was founded in 1991 to protect from indiscriminate fishing with dynamite and toxic waste.

The best time to snorkel in Indonesia is from October to June.

Koh Lao Liang Island is actually two islands, one in front of the other. It is a limestone formation, with small sandy beaches, clear waters, and coral near the shore. This island is an ideal place to disconnect from the world because there is very little tourism and it is a perfect place for snorkeling and diving.

Tip! The most daring of snorkelers and divers can spend hours enjoying the seabed between the two islands.

The best time to snorkel in Thailand is March and April.

The Cayman Islands are the dream of all divers as they have clear waters, ruins, and a wide variety of aquatic fauna. A perfect place to visit for families because of the amount of activities available and also for couples looking for somewhere romantic.

Tip! The best beaches are Seven Miles (the most famous and active), Heritage (solitary and rugged), Rum Point (quiet and surrounded by pines and palms), and Kaibo (with bars and live jazz concerts).

Search flights to the Cayman Islands!

Because of its volcanic history, the island of Ustica is an ideal place for diving, but also for snorkeling. Its pristine, transparent waters are the main attraction.

Tip! It’s recommended to check out the Grotta Azzurra, the Grotta Verde, and the Grotta delle Barche. There are underwater trails with signs to show divers which way to go so they don’t miss a thing.

The best time to snorkel in Palermo is from April to November.

Fly me to Palermo!

Snorkeling is a popular sport in the Caribbean because it is full of islands and islets, making it an ideal place to practice the sport. It’s also a great place to snorkel because of its turquoise waters and the great variety of flora and fauna.

Tip! In Utila, you can snorkel with whale sharks (they weigh up to 15 tons!)… Luckily, they only feed on plankton and small fish.

The best time to snorkel in Honduras is From March to May.

Cozumel, in Mexico, is recognized as one of the best diving and snorkeling destinations in the world. The island is surrounded by more than 25 reef formations over 32 km, in waters so clear that visibility reaches up to 70 meters.

Belize is the latest fashion for snorkeling in the western Caribbean. The barrier reef is the second largest in the world and also one of the seven wonders of the world. Countless places to dive and snorkel await you…

The best time to snorkel in Belize is from November to May.

The waters are warm and clear, with an average visibility of 30-40 meters. Over 4,000 keys and islets make up this archipelago that has made Cuba an emerging destination for the sport.

Tip! There are more than 30 international diving centers that offer snorkeling on the reefs. Why not try a night dive?

The best time to snorkel in Cuba is from December to April.

Have you been to one of these destinations for snorkelling? Where is your favourite place to snorkel? 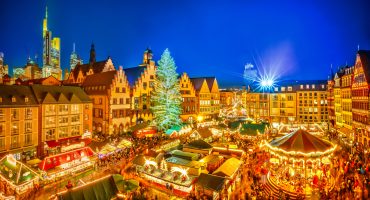